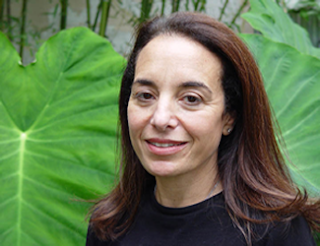 We at IntLawGrrls are honored to welcome Dr. Colin Dayan (right) as today's guest blogger.
The Robert Penn Warren Professor in the Humanities at Vanderbilt University in Nashville, Tennessee, since 2004, Colin's also been a professor at the University of Pennsylvania, University of Arizona, CUNY, and Yale University. (photo credit)
As we previously posted here and here, Colin has devoted her recent scholarship to the study of confinement. That study encompasses not only incarceration in its plainest sense, but also less obvious manifestations like slavery and torture.
Colin's publications and courses reflect the interdisciplinary span of her research, which includes: Caribbean literature, religion, and history, with particular focus on Haiti and Jamaica; early American religious and legal history; 19thC. American, French, and English literary history; African-American Studies and American Studies; anthropology; and the law.
This range is evident in Colin's most recent book, The Law Is a White Dog: How Legal Rituals Make and Unmake Persons (2011), which examines vestiges of "legal practices and spiritual beliefs from medieval England, the North American colonies, and the Caribbean," "explores the civil deaths of felons and slaves through lawful repression," tracks "the legacy of slavery in the United States in the structures of the contemporary American prison

system and in the administrative detention of ghostly supermax facilities," and "demonstrates how contemporary jurisprudence regarding cruel and unusual punishment prepared the way for abuses in Abu Ghraib and Guantánamo."
In her guest post below, Colin discusses issues that she treats in greater depth in "Who Owns the Body, and When Does it Die?," an article forthcoming this month in the journal Law, Culture, and Humanities, and now available online here (access fee charged).
Colin has received numerous awards, among them the Princeton Law and Public Affairs, Danforth, National Endowment for the Humanities, and Guggenheim fellowships. She earned her B.A. summa cum laude/Phi Beta Kappa from Smith College and her Ph.D. in Comparative Literature from the City University of New York Graduate Center.