Immigrants: More Educated Than You Think They Are

Demographer Audrey Singer of the Brookings Institution (pictured below right) just released an excellent report entitled "The Geography of Immigrant Skills: Educational Profiles of Metropolitan Areas." The study empirically attacks the popular perception that recent immigrants are largely low-skilled, noting that the share of working-age immigrants with a bachelor's degree (30%) in the United States exceeds the share without a high school diploma (28%). Indeed, in nearly half of the country's 100 largest metropolitan areas, college-educated immigrants outnumber immigrants without high school diplomas by at least 25 percent.
So why the perception that immigrants are largely low-skilled laborers? Singer explains that the education levels of immigrants are linked to their location, due to historical settlement patterns and economic structures. In the four metro areas that have continuously attracted large numbers of immigrants, Chicago and New York have immigrant populations with balanced educational levels while San Francisco and Boston have more high- than low-skilled immigrants. In other cities, largely in the Northeast and Midwest, with large historical but low current flows of immigrants and other cities with large numbers of immigrants arriving in the early and late 20th century but not mid-century, immigrants tend to be highly educated. In cities that have sustained an immigration boom only after World War II as well as those 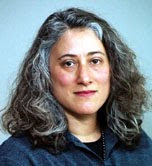 along the border with Mexico, in the Great Plains, and in California's agricultural heartland, immigrants tend to be low skilled. And in cities where immigration growth is the fastest, such as Dallas, Las Vegas, Omaha, and Phoenix, immigrant populations are significantly less educated than immigrants elsewhere.
Singer also explores the differences between the economic characteristics of native born and immigrant workers. She finds that low-skilled immigrants have higher rates of employment (66.9% compared to 49%) in most metropolitan areas and lower rates of household poverty (22.9% versus 30.9%) across the board than the native born but also lower individual earnings (on average, $5,000 less per year). Moreover, nearly 50% of immigrants with a college degree look to be overqualified for the jobs the perform across the board, and earn on average $8,150 less than comparably qualified native-born workers.
Singer suggests three fixes to these problems -- first, a Standing Commission on Labor and Immigration that's able to quickly analyze trends in immigration and labor and make policy recommendations to Congress (in the absence of comprehensive immigration reform). She argues that a national commission should be buttressed by state-level commissions that could advise the federal group on regional needs. Singer also advocates for investments in both low- and high-skilled immigrants, from English language access and training for the former to facilitation of full use of immigrant skill sets for the latter.
Singer completes her study by noting the need for pragmatic and rational discussions around immigration, again supporting her claims with hard data. She tells us that the Latino population represented 50% of the population growth in the 2000s, and Asians grew by 43% in the same time frame, while whites grew by just over 1% and blacks by just over 10%. One in six U.S. residents is Latino; one in four children are Latino. By 2050, nearly one-third of the U.S. population will be Latino. Faced with numbers like this, it is not only idealistic but necessary to take measures to ensure that our current immigrant population is sufficiently prepared to participate in the U.S. labor market.