Jane Mecom had 12 children; she buried 11. And then, she put down her pen. 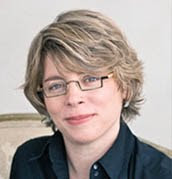 -- Harvard History Professor Jill Lepore (right), in a fascinating New York Times essay that compared the lives of Benjamin Franklin and his younger sister, Jane Mecom. Both were born to a father who "scrap[ed] by" as a candlemaker. Yet the destinies of brother and sister were quite different. Describing the drastic differences in educational and economic opportunities open to men and women in 18th C. America, Lepore wrote:

Against poverty and ignorance, Franklin prevailed; his sister did not.