(Delighted to welcome back alumna Chimène Keitner, who contributes this guest post) 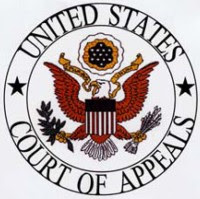 The debate over corporate Alien Tort Statute liability appears to be heating up as, predictably, cases work their way up to the circuit level and produce divergent results.
Our colleagues Ken Anderson and John Bellinger have commented here and here on Friday's ruling in Doe v. ExxonMobil, in which the U.S. Court of Appeals for the District of Columbia Circuit rejected the view advanced by the Second Circuit last September in Kiobel v. Royal Dutch Petroleum. 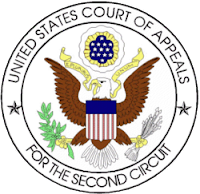 As Naomi Roht-Arriaza and Rebecca Bratspies discussed in IntLawGrrls posts here and here, the latter court held in Kiobel that corporations themselves are not appropriate defendants in Alien Tort cases. It reasoned that corporations are not currently subject to penalties for customary international law violations before international tribunals (or, put differently, that there is no customary international law norm of corporate criminal liability).
In his Opinio Juris post, Ken takes the position that the outcome in these cases appears to be “driven by ideology,” and that ultimately the Supreme Court will have to decide what the answer is (in the absence of action by Congress) because existing U.S. legal authority is too vague to compel a particular result.
John, in his Lawfare post, appears more persuaded that Judge José A. Cabranes and Chief Judge Dennis G. Jacobs in the Second Circuit, and Judge Brett Kavanaugh in the D.C. Circuit, have reached the legally correct result (a result that Ken also endorses). 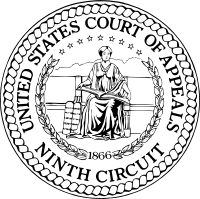 There is currently a cert petition pending before the U.S. Supreme Court in the Kiobel case. The issue is also one of numerous possible grounds for decision in the Sarei v. Rio Tinto case, which was argued to the Ninth Circuit en banc in September 2010 (audio here), just after a California district court had sided with the Second Circuit in Doe I v. Nestle, No. 2:05-cv-05133, (C.D. Cal. Sept. 8, 2010), 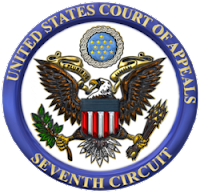 which is also under appeal. Last but not least, the Seventh Circuit’s decision yesterday on corporate liability in Flomo v. Firestone, which endorses the possibility of corporate ATS liability for certain customary international law violations, is literally hot off the press.
It appears that, at this point, Kiobel represents the minority view.
I have not taken a position as an amicus on the question of corporate liability, although I have written on the question of choice of law under the Alien Tort Statute and on the standard for aiding and abetting liability. I have previously commented on the Kiobel case, including here and here. I have also recently posted a short symposium essay, “The Politics of Corporate Alien Tort Cases.”
Briefly put, I would approach the question of corporate liability as a problem of classification.
In my view, under the Alien Tort Statute, U.S. judges should determine whether they are being asked to apply a conduct-regulating rule. If so, then the content of the rule is supplied by international law. If not, then the content of the rule is appropriately supplied by domestic law. It seems to me that the rule attributing an individual’s conduct to a corporation is not properly classified as conduct-regulating in this context, although there might also be a good argument for using the law of the place of incorporation.
Either way, I do not believe that the correct question to ask is whether or not corporations can violate international law.
The D.C. Circuit majority adopted this approach, holding in Doe v. ExxonMobil that “corporate liability differs fundamentally from the conduct-governing norms at issue in Sosa, and consequently customary international law does not provide the rule of decision” (slip op. at 53), and that “[t]he question is whether a corporation can be made to pay damages for the conduct of its agents in violation of the law of nations” (slip op. at 54).
It seems to me that:
► The D.C. Circuit reached the more tenable conclusion on the corporate liability point than did the Kiobel majority; and
► The D.C. Circuit's analysis of aiding and abetting liability (in which it finds a knowledge standard under international law) is more persuasive than in Presbyterian Church of Sudan v. Talisman (2009), which was decided by the same panel as Kiobel.
But the bigger issue is whether observers feel that there is a valid legal answer to the questions surrounding corporate Alien Tort Statute liability, or whether judges are really just making policy.
This concern is certainly not unique to the instant context, although the “spillover” effects of judicial policy-making in the guise of doctrinal analysis under the Alien Tort Statute might be greater from an international law perspective, to the extent that statements by U.S. judges about the content of customary international law rules can help to shape the future content of those rules.
I am not persuaded that corporate Alien Tort litigation is the best tool for promoting corporate social responsibility and creating sustainable business-community relations. However, arguments about policy should be in the language of policy, not in the language of legal doctrine.
It is no wonder that, with talk of an increasingly transparent “partisan split” on the Supreme Court, more observers view judicial decisions on controversial issues such as corporate Alien Tort liability as largely ideological. If this is true, then the voting record of the Roberts Court in “business cases” would suggest that the Kiobel plaintiffs might not fare well if cert is granted -- even if (in my view, and in the view of a growing number of appellate judges) the legal arguments favor their side.