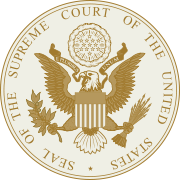 The stance taken by dissenting Justices last week in Leal Garcia v. Texas deserves note.
Petitioner in Leal Garcia had sought a stay of his impending execution until the Court reached a final decision on his request for review of his habeas corpus bid, which had been rejected by the U.S. Court of Appeals for the 5th Circuit. Presented was an issue familiar to readers of this blog:
Could a state within the United States lawfully execute someone convicted of capital murder even though authorities never had told him that, as a citizen of a foreign state, he could contact his consulate for assistance?
The United States pledged so to inform foreign nationals in 1969, when it ratified the 1963 Vienna Convention on Consular Rights. Litigation in courts within the United States and without -- the latter including International Court of Justice judgments in Aveno and LaGrand -- agree that the failure to inform violates the Convention. But much disagreement lingers respecting remedies. Hence the petition before the Supreme Court of the United States last week. (logo credit)
Five Justices ruled against the petitioner on Thursday, and Texas executed him that night.
As predicted by the dissenters, international fallout has ensued. Condemnations of the execution have come over the weekend from officials of the United Nations and others.
Perhaps less predictable, yet worth note, was another ground advanced in the dissenting opinion by Justice Stephen G. Breyer, joined by Justices Ruth Bader Ginbsurg, Sonia Sotomayor, and Elena Kagan:

The Court has long recognized the President’s special constitutionally based authority in matters of foreign relations. See, e.g., United States v. Curtiss-Wright Export Corp., 299 U. S. 304, 320 (1936). And it has ordinarily given his views significant weight in such matters. Jama v. Immigration and Customs Enforcement, 543 U. S. 335, 348 (2005) (noting the Court’s 'customary policy of deference to the President in matters of foreign affairs'). It should do so here.

This would-be cession to the Executive Branch -- rather different than the way that some of these same Justices decided certain post-9/11 cases -- underscores that deference is not an unswervable rule of law but rather a contextual tool of jurisprudence.