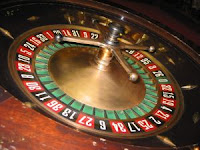 Lest you thought that "refugee roulette" was a uniquely American affliction, the European Council on Refugees and Exiles, relying on statistics published by the UN High Commissioner for Refugees, has published four stunning maps of asylum disparities in the European Union. Overall, grant rates for asylum and complementary protection range from 2% in Ireland and 3% in Greece to 61% in Finland and 73% in Switzerland. (The map also reports a grant rate of 100% in Portugal, which awarded protection to only 57 refugees in 2010.)
Breaking down the figures by country of origin, Afghans faced a grant rate for asylum and complementary protection varying from 8% in Greece to 47% in Germany to 91% in Italy. Similarly, Iraqis saw grant rates of 10% in Greece, 54% in the Netherlands, and 79% in Belgium. And grant rates for Somalis ranged from 13% in Greece to 55% in the United Kingdom to 97% in Switzerland.
What gives? We've posted before about the disastrous state of Greece's asylum system, but why do the data show such varying grant rates for those seeking protection from three countries particularly known for severe and widespread human rights abuses?
A report published last month by UNHCR on comparative EU law and practice with respect to asylum seekers fleeing indiscriminate violence aims to shed some light on these disparities. The report examines the implementation of Article 15 of the EU Qualification Directive, particularly subsection (c), which offers "subsidiary protection" for those who do not qualify for refugee status but face a serious and individual threat of indiscriminate violence in armed conflict.
The report begins by noting that Afghans, Iraqis, and Somalis together represented 20% of asylum applicants in the EU in 2010. They were granted protection, whether it was refugee status or subsidiary or complementary protection, in the first instance, at average rates of 49% for Afghans, 66% for Iraqis, and 77% for Somalis.
Breaking apart the data, even among only six EU countries -- Belgium, France, Germany, the Netherlands, Sweden, and the United Kingdom -- there were enormous variations in refugee status recognition rates in the first instance. Afghans were granted asylum in the Netherlands at a rate of 2.6% and in Belgium at a rate of 35%; Iraqis faced a grant rate of 5.8% in the Netherlands and 55.8% in Germany; and Somalis were recognized at a rate of 1.8% in the Netherlands and 74.3% in Germany. UNHCR attributed these disparities to inconsistent interpretations of the 1951 Convention Relating to the Status of Refugees.
Moving to first-instance decisions on subsidiary protection, we see that Germany, relatively generous in granting asylum, offered subsidiary protection at rates of 5.4% to Afghans, 0.4% to Iraqis, and 15.1% to Somalis. The Netherlands, rather stingier in asylum grants, offered subsidiary protection to Afghans at a rate of 21.9%, to Iraqis at a rate of 32.9%, and to Somalis at a rate of 32.5%. Though Germany's overall international protection rate (refugee recognition plus subsidiary protection) for Iraqis and Somalis was higher, the Netherlands granted international protection to a higher percentage of Afghans.
EU member states appear to interpret Article 15(c) in very different ways. Indeed, the six nations studied could agree on only one city in one region of one country that meets the requirements of 15(c): Mogadishu, Somalia. Some of these states read the Article's provisions narrowly, requiring extremely high levels of indiscriminate violence to avoid the "pull factor" of group recognition. Some countries take into account individual risk in armed conflict as an additional factor in favor of protection. Others disqualify even Somalis as having "internal protection alternatives" in their country of origin. And each member state studied has a different national form of complementary protection.
While UNHCR offers hopeful recommendations to harmonize interpretations of the Refugee Convention and Article 15(c), it is hard for yours truly to shake the nagging thought that, in the absence of an injection of significant resources, the expansion of mechanisms of protection simply creates more opportunity for inconsistency in asylum adjudication.

Thanks for this. The Irish government regularly insists that its low rate is due to the fact that it decides applications in three steps - asylum, then complementary protection, then humanitarian leave - so that 2% in the first map relates only to asylum decisions, whereas in other countries the figures include those who were granted the right to remain on other grounds. But it isn't clear what the Irish percentage would be if the other grounds were included. I am willing to bet money on it still being well into the lower range.

Thanks for your comment! The original UNHCR statistics do break the figures down further, showing in 2010 a 1.8% grant rate for asylum in the first instance, a 0.4% grant rate (!) for complementary protection, and 4.8% grant rate on asylum claims at the administrative review level -- so your instinct is just right. I don't see any figures for humanitarian leave, but it would be interesting to find those data as well. You can pull the statistics by going to this webpage: http://www.unhcr.org/pages/49c3646c4d6.html, and in the UNHCR Global Trends 2010 box on the right, clicking the link for "Annexes (Excel tables) available for downloading here."