(Delighted to welcome back alumna Jayne Stoyles, who contributes this guest post) 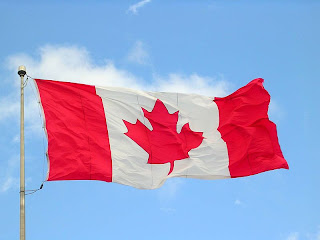 With estimates that there are more than 2,000 alleged war criminals in Canada, the Canadian Centre for International Justice, for which I serve as Executive Director, along with Amnesty International Canada and many other organizations and individual experts, have for years been calling on the Government of Canada to take action.
We have asked repeatedly for a more robust approach to the use of the Crimes Against Humanity and War Crimes Act, enacted in 2000 as Canada ratified the Rome Statute of the International Criminal Court. Eleven years later, the 2009 conviction and life sentence of Désiré Munyaneza represents the only completed war crimes case in Canada. (Prior IntLawGrrls post) A second case, also arising from the Rwandan genocide, is at preliminary stages.
The problem lies with the underfunding of Canada’s War Crimes Program, which has not received an increase since it was created, and the allocation of funding within the Program, which allows only one case to proceed at a time.
In July, we were surprised to find that the government was indeed taking action. (photo credit) Suddenly, it made public the names and photos of 30 individuals

'accused of, or complicit in, war crimes or crimes against humanity, and who are thought to be hiding out in locations across Canada.'

In a press release, the government asked members of the public to call a toll-free line or contact local authorities with information about the whereabouts of any of the individuals. Seven have now been arrested, and some already deported.
Canadian human rights organizations, along with settlement agencies under the umbrella of the Canadian Council for Refugees, have expressed our strong concerns about the approach. These fall in to two categories:
► First, the interests of justice are not being served.
The press release making the announcement rightly notes that

'Canada is recognized around the world for its leadership in global efforts to hold persons suspected of, or complicit in, serious human rights abuses accountable for their crimes through cooperation with other countries and international tribunals.'

The implication is that these deportations somehow contribute to the international justice system that Canada helped to establish. In reality, deportations are unlikely to result in accountability for any individuals on the list against whom there are credible allegations.
Vic Toews, the former Canadian Minister of Justice and now its Public Safety Minister, has stated that it is not up to Canada to prosecute people suspected of such serious crimes of international concern. He does not appear to be aware of Canada’s responsibilities under international treaties such as the Geneva Conventions and the Convention Against Torture, to extradite an alleged perpetrator or initiate its own domestic criminal prosecution. Indeed, in a case pending in Africa, the United Nations' Committee against Torture has clarified that when the commission of torture is alleged, not only does the Convention Against Torture give states the right to prosecute, it also imposes an affirmative obligation to do so in the absence of an extradition request.
► The second concern is that labeling these individuals as people accused of or complicit in international crimes is inaccurate.
The wording implies that a criminal investigation or prosecution has been initiated. In fact, however, they have been found inadmissible to Canada under the Immigration and Refugee Protection Act, which has a much lower burden of proof than in criminal law.
► Third, it is not clear whether the government is upholding its legal obligation to ensure that it does not deport someone to a situation in which the deportee may face torture or other serious human rights violations. Publicly labeling people as suspected war criminals may in fact contribute to the possibility of persecution upon their return to their country of origin.
► Finally, refugee and immigration settlement agencies have a broader concern that while the number of people implicated represents only a tiny fraction of newcomers to Canada, their public vilification will contribute to xenophobia.
As these perspectives have been expressed, the response of the government and many media commentators has been surprisingly scornful and vehement.
While it centres around an interest in “making Canada safer”, one could argue that Canada and the rest of the world would be safer if the threat of mass atrocities were reduced. Canada could be contributing to this possibility by helping send a message that there will be accountability for the commission of war crimes, crimes against humanity and genocide.
Cost concerns are also raised, yet an investment in prevention could reduce the need for military responses to global threats. These are extremely costly in both human and financial terms.
Much of the response seems to equate a critique of the approach with the defense of those implicated. It remains our hope that the call for greater accountability in cases in which there is credible evidence, and a request that the rights of the accused be upheld, will be understood and heeded.