It has been over thirty years since the adoption of the 1977 Additional Protocols to the Geneva Conventions of 1949, and sixty since the adoption of the Geneva Conventions themselves. (creditfor ICRC photo of signing of 1949 conventions) These landmark instruments transformed the laws of war in regards to the treatment of non-conventional participants in armed conflicts. Partisan and resistance fighters, as well as persons participating in wars of national liberation, were granted the same kinds of protections – such as prisoner of war status – as their ‘regular’ defence force counterparts.
These changes to the law of armed conflict came about in response to political and social changes in the international landscape. As a law that aims, among other objectives, to protect persons who take direct part in hostilities, it was logical that the law be amended to better reflect the practical realities of the situations it regulated.
However, since the adoption of these instruments, there has been a significant jump in the number and kind of irregular participant currently engaged in armed conflicts around the world. A modern-day battlefield may see the involvement of:
► Private military contractors,
► Organised armed political and criminal groups, and
► Civilians who are taking direct part in the hostilities.
International humanitarian law does not prohibit civilians from taking part in hostilities, but such participation will result in the temporary loss of protected civilian status. Thus, under Article 51(3) of Additional Protocol I, a civilian taking direct part in hostilities will render themselves liable to targeting by the adverse party, for so long as they take direct part in hostilities.
At the time of adopting this provision, the international diplomatic conference convened to debate the protocols declined to further elucidate the parameters of ‘direct participation in hostilities’. (See the conference's Official Records , vol. XV, p. 330.) Article 51 does not go into further detail.
The official Commentary on the Additional Protocols provides the following test:

Civilians must abstain from all hostile acts "which by their nature and purpose are intended to cause actual harm to the personnel and equipment of the armed forces." 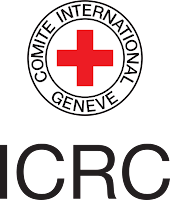 Even though no reservations were made to Article 51(3), state practice over the intervening years has been imprecise, and occasionally contradictory. This led the authors of the 2006 International Committee of the Red Cross (image credit) study into customary international humanitarian law to declare:

'A precise definition of the term “direct participation in hostilities” does not exist.'

This situation of uncertainty looked to be resolved with the 2009 publication of the ICRC’s five-year long expert research project on the “Direct Participation in Hostilities”.
The study – involving fifty experts drawn from state armed forces, academia, and legal practitioners – aimed to finally determine three fundamental questions. As stated in Interpretive Guidance on the Notion of Direct Participation in Hostilities under International Humanitarian Law (ICRC, 2008), p. 994.):
► (1) Who is a civilian for the purposes of the principle of distinction?
► (2) What conduct amounts to direct participation in hostilities?
► (3) What modalities govern the loss of protection against direct attack?
The Interpretive Guidance further states, at p. 1016, that, in order to qualify as direct participation,

[a] specific act must meet the following cumulative criteria: (1) the act must be likely to adversely affect the military operations of military capacity of a party to an armed conflict or alternatively to inflict death, injury, or destruction on persons or objects protected against direct attack (threshold of harm); (2) there must be a direct causal link between the act and the harm likely to result from that act, or from a coordinated military operation of which that act constitutes an integral part (direct causation); and (3) the act must be specifically designed to directly cause the required threshold of harm in support of a party to the conflict and to the detriment of another (belligerent nexus).

The process that produced the Interpretive Guidance was noteworthy for the controversies and disagreements that marked the experience. Consensus was hard to achieve. As detailed by W. Hays Parks in this 2010 article, dispute arose over the inclusion of Section IX in the final document. Also disputed was the definition of membership in armed groups, as Kenneth Watkin discussed here.
A considerable number of participating experts requested their names be removed from the final document. The ICRC, in response, ‘took back’ the Interpretive Guidance, and issued it under its own auspices.
However, of particular concern regarding the Interpretive Guidance is the incongruity of the aims of the study into direct participation, and the outcomes.
That is to say, the intention behind the study into direct participation was to clarify when civilians could be considered as taking direct part in hostilities, for the purposes of whether they could be targeted or not. Thus, a party to the conflict, or an individual participant, in making targeting decisions, would have to assess whether the persons in question were legitimate targets due to their direct participation. Indeed, the outcome – a long, detailed and quite complex cumulative test – presents as a series of questions that can only be successfully answered after the targeting decision.

It may well be that such a complex test would prove useful when a targeting decision is being made prior to any active engagement, against a target that is offering no immediate threat – the targeted killing of Osama Bin Laden (left) (IntLawGrrls posts available here) is an obvious example. (credit for FBI photo) However, one must question the utility of this Interpretive Guidance in active hostilities.
It seems exceptionally unlikely that an individual soldier could make such an assessment in a combat situation, under fire, with little time to weigh up whether persons whom they confront in battle are meeting the requisite threshold – of harm, causation criteria, and belligerent nexus.
In short, it seems that the situation regarding civilian and irregular participation in armed conflict remains as controversial and unclear as before.