Lives in Limbo: “Half Widows” of Kashmir

(Delighted to welcome back alumna Mallika Kaur, who contributes this 2-part series of guest posts)

The Association of Parents of Disappeared Persons (APDP) in Srinagar, Kashmir, recently released the report, Half Widow, Half Wife? Responding to Gendered Violence in Kashmir. This report focuses on the situation of Kashmiri women who are labeled “half widows,” women whose husbands have “disappeared” but not yet been declared deceased. It contends that half widows are a pernicious face of the insecurity in Indian-administered Kashmir, and identifies how this population provides an immediate opportunity for meaningful engagement and change.
In this post, the first of my 2-part series, I will focus on the report’s central claim about ‘gendered violence’ in Kashmir, as well as summarize its key findings and recommendations.

Gendered Violence
At the very outset, the report notes that ‘gendered violence’ constitutes both violence inflicted directly on women’s bodies as well as the suffering women bear due to violence targeted at men in their community. It states:

'Although the direct violence is disproportionately inflicted on males because they are perceived or imagined as threatening, females suffer indirectly, as reflected in the experiences of half widows.'

Kashmir has seen conflict for 22 years.
It is not only a conflict between India and
Pakistan, but also between residents and the Indian administration. An estimated 70,000 people have been killed, mostly civilians. There have been an estimated 8,000 enforced disappearances.
India maintains fortified military presence -- currently, 400,000 to 750,000 (the exact number remains unknown and disputed) Indian military and paramilitary remain in Kashmir. This makes Kashmir the world’s most militarized region.
By the government’s own estimates, the number of active militants is now below 500. Popular support for armed militancy waned between 2004 and 2007, and Kashmiris now see themselves waging a non-violent resistance movement against India.
According to the APDP report,

'With the heavy militarization in the Kashmir Valley, women have often been the targets and survivors of violence suffering from trauma, injury, and disease.'

While such violence is believed to be widespread, exact statistics are lacking due to taboos against sexual violence as well as impunity for such crimes.
The report notes some particularly violent ‘events’ of violence against women that have gained notoriety; for example:
► A 1991 report of a gang rape of more than forty women in a single village by an army regiment; and
► A 2009 report of the gang rape and murder of two sisters-in-law.
The report warns against the danger of thinking of violence against women only in terms of sexualized violence, however. It forwards that women face multiple forms of insecurity, that these in fact fuel collective insecurity, and that they are going undetected, to the detriment of inclusive peace and security.

By conservative estimates, there are 1,500 half widows in Kashmir. (photo credit) The estimate is borne by extrapolation from a three-year, door-to-door survey in District Baramulla, one of Kashmir’s then-20 districts, undertaken by by APDP’s parent body, the Jammu and Kashmir Coalition of Civil Society.
► Economic plight.
Half widows face severe economic hardship without their husbands, and are deemed ineligible for pensions and other governmental relief.
Economic vulnerability generally follows the ‘disappearance,’ since the husband is mostly the sole breadwinner of the family.
The APDP report points out that many disappearances take place in families that are economically weak to begin with, so the impact of the disappearances is all the more severe. Also, potential sources of relief -- such as issuance of ration cards or transfer of husband’s land or bank accounts -- are also closed to half widows. This is because they cannot provide death certificates, as their husbands are not officially recognized as deceased.
Government relief is extremely difficult to obtain, for reasons I will discuss in tomorrow's post.
Family support is also limited. The half widow's relationships with her in-laws often sour after her husband’s disappearance. Her natal family is also often not in a position to help; as the report states:

'[C]ulturally, a daughter is not supposed to live with her parents once the parents have fulfilled their duty of marrying her.'

Some half widows are rendered homeless. Others resort to begging on the street (covering with burquas not out of religion but social shame). Many have to send their children to orphanages.
Half widows face a plethora of social challenges and threats to their physical and mental well-being.
► Social stigma and psychological trauma.
The report notes that while social networking has been crucial to help half widows survive their trauma, societal biases have at times served to re-traumatize them. Their forced ‘single women’ status, coupled with gender biases, “results in half widows facing social isolation, shaming, and physical vulnerability.”
Only a small fraction of half widows re-marry, given that the “social stigmas around remarriage remain strong, while religious interpretations of the rules around remarriage [for wives of the ‘disappeared] remain contested.”
Half widows also show extreme psychological trauma, including Post Traumatic Stress Disorder, and several are known to self-medicate, consuming easily available antidepressants. This results in further health issues.
Legal remedies are pursued only by a minority of half widows since the availability of remedies is unclear and the process is exhausting and degrading. In the words of the report:

'Most legal remedies remain elusive due to the severe financial and emotional costs over multiple year timelines.'

Many half widows also face further roadblocks from the perpetrators themselves or even the society that surrounds the half widow.

► Children.
Children of half widows are often particularly traumatized, showing extreme resentment and loneliness, and are vulnerable to impoverishment and exploitation.
Half widows' children either grow up in the insecurity that shrouds their mother’s lives, or away from their mothers in orphanages, or in their grandparents’ homes. After the disappearance of the father, children’s education is often suspended, and they become vulnerable to exploitation. Given the gender biases, young girls are the first to suffer -- their education is discontinued before that of their brothers. Furthermore, the economic conditions force some of these children into child labor. The report also notes trans-generational trauma, with the children showing similar psychological issues as their mothers.
► Lack of support.
Organizations working to address various socio-economic insecurities that half widows and their face are hampered by current laws, a dearth of resources, and lack of outside support.
For example, APDP ran a successful stitching center in Srinagar modeled around the concept of a self-help group. Paucity in resources, particularly inability to pay rent, led to the closure of the center in 2009.

Key Recommendations
The report urges that law and policy changes address the various forms of gendered violence in order to bring lasting security to Kashmir. It makes recommendations to the state government, which also naturally involve the central government given New Delhi’s significant involvement and influence in administrative matters of this state, as well as to local, national, and international civil society.

► Immediate-Term Recommendations to the Government.
The report recommends that in the next year, the government institute a streamlined system for compensation, without room for delays, harassment, or coercion, must be instituted for half widows.
A special bench in the Jammu and Kashmir High Court must be constituted to hear cases filed by half widows on an expedited basis.
The government must allow free civil society action around the case of half widows (for example, not interfere with peaceful public gatherings and protests by families of the disappeared).
The Indian Government must ratify the International Convention for the Protection of All Persons from Enforced Disappearances.
Special legislation prohibiting future and responding to current enforced disappearances must be drafted and passed.

► Short-Term Recommendations to the Government.
With respect to the next 2 to 3 years, the report recommends that the government must resolve disappearance cases, telling families the whereabouts of their loved ones, whether dead or alive.
Security laws must be amended; in particular, those like the Armed Forces (Special Powers) Act, which stand as barriers to redress.

► Long-Term Recommendations to the Government.
In the next 4 to 7 years, the report recommends that the government conduct a complete survey of those disappeared and then present the results to the public.

► Recommendations to Civil Society.
Indian and international civil society must recognize the issues faced by half widows, the report continues, and further press the Indian government to act on the opportunity to bring meaningful change to this visible and vulnerable section of Kashmiri society.
Civil society -- local, Indian, and international -- must consider funding initiatives that directly aid half widows, such as health care programs, income-generating projects, and scholarships for the children of half widows.
Islamic scholars must develop and publicize a consensus around the ‘waiting period’ of 4 years, after which a half widow be permitted to re-marry under Islamic law. 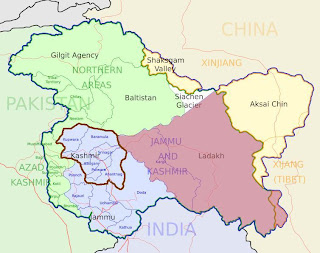 A holistic understanding of women’s rights issues must be promoted within civil society and a rights-based approach developed.
An increased investment in women’s leadership must be made by, for example: supporting increased participation of women in leadership roles in the existing Kashmiri civil society organizations; and concentrating increased funding on women-led initiatives, whether women-run trauma counseling centers, or reading and listening groups, or women’s publications.