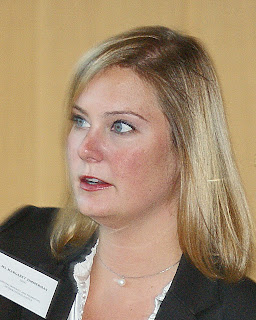 ss the issue of "accountability."
The first series of articles opens with the recent ICC’s issuance of arrest warrants for Muammar Gaddafi, Saif Al-Islam Gaddafi and Abdul Al-Senussi for crimes against humanity. In this piece, Joseph William Davids breaks down the Trial Chamber’s determination that reasonable grounds existed justifying arrest warrants. In doing so, Davids argues that the widespread and systematic nature of the attack, which, according to the trial chamber, stems from Gaddafi’s totalitarian regime, expands the definition of crimes against humanity and may establish a dangerous precedent of applicability. Specifically, Davids looks to the Chinese government’s control of the media and justice system, particularly as regards Tibet, as parallel to Gaddafi’s oppressive regime and warns against the implications of expanding crimes against humanity to government policies.
The next piece by return contributor Kyle Richard Olson walks us through the recent landmark decision by the ICTY Trial Chamber convicting Generals Ante Gotovina and Mladen Markac. The judgment is the first to convict Croatians for crimes committed in Croatia, questioning the role of the Generals as liberators or criminals. His piece provides background to the indictment, summary of the judgment, and explores the possible implications of the court’s use of extended joint criminal enterprise as a theory of liability. Olson closes the articles by predicting the arguments to be presented to the Appeals Chamber.
We then move from international criminal courts to the Inter-American Court of Human Rights with Lisl Brunner’s piece which explores the recent Gelman v. Uruguay decision. In her piece, she outlines how the Inter-American Court invalidated the Uruguayan Ley de Caducidad amnesty law. This holding confirmed the rising public desire in Uruguay to repeal the law within the domestic legislature and Uruguay Supreme Court decision declaring the amnesty law unconstitutional as well as the Executive’s subsequent response and the reopening of 88 cases. Moreover, Brunner’s article discusses the weight of the Inter-American Court’s decision within a politically difficult domestic Uruguayan context.
Alka Pradhan provides the last case study in this section by examining the Kiobel v. Royal Dutch Petroleum decision of the U.S. Second Circuit and looking at the recent use of the Alien Tort Statute (ATS). Her article provides background to ATS caselaw culminating in the Second Circuit’s decision that corporations are not viable plaintiffs, contradicting decisions made by the Ninth and Eleventh Circuits. Pradhan argues that although corporate liability may not fall within the purview of customary international law, there is evidence in international courts and several conventions paving the way for tortious corporate accountability. Each of the decisions in this section is awaiting further actions in the upcoming months and provide background to groundbreaking cases in international law.
As we move from specific case studies into various thematic areas of international criminal law, we begin with Bryan Barnet Miller’s piece on victim participation at the ICC. Miller traces the caselaw of victim participation beginning with the Lubanga decision, requiring proof of a nexus between the harm suffered and charges confirmed, and resulting in the Bemba, Katanga and Ngudjolo Chui cases development of geographically grouped legal representation. Miller strongly argues against these decisions on the basis of principles of restorative justice, due process and effective legal representation. Specifically, Miller criticizes the Trial Court and Appellate Court’s decisions as violative of the rights of the victims as well as the ICC Statute itself. Continuing our look at international criminal law through the lens of restorative justice, Stefan Kirchner’s article examines the possible application of crimes against humanity within the context of the impending Iran Tribunal. The tribunal is intended as a truth commission to deal with, in part, the execution of thousands of political prisoners in August 1988. Looking to 1988 customary international law, Kirchner argues that these political executions amount to a crime against humanity and therefore subject to prosecution under the principle of universal jurisdiction. He concludes with a look to the Iran Tribunal and efforts it may undertake to collect evidence and create a historical narrative to be used towards possible future accountability associated with the 1988 executions.
Carrying over the theme of accountability, Yvonne McDermott’s article focuses on the convergence and divergence of international refugee law, international criminal law and international human rights law through the review of a meeting organized by the ICTR and UNHCR. Her analysis of the meeting and background papers points out the gaps in instruments utilized, conceptual definitions and evidentiary procedures. Importantly, she summarizes arguments surrounding the substantive and procedural interactions between international indictments and various conventions. She also notes the prominence of international humanitarian law discussed by the experts and the importance of a joint advocacy strategy between all institutions and organizations involved.
The last piece in this issue of Accountability looks to the interaction between international criminal law and international aviation law through the form of the Beijing Convention and Beijing Protocol dealing with civil aviation security contributed by Konstantinos Magliveras. Magliveras examines the inclusion of the “Al Qaeda clause” in both Beijing instruments dealing mostly with the seizure of aircrafts. He calls into question definitional problems surrounding use of the term ‘legal entity’, the problem of double jeopardy, links between the legal entity and individual perpetrators as well as available modes of liability. He presents these issues with the Beijing instruments as states adopting them will have to determine whether to give any effect to the clause and warns of foreseeable problems.
On behalf of the entire ASIL ICL Interest Group, I would like to thank all of the contributing authors for their efforts. This issue has provided a unique look at the progression of international criminal law through caselaw review and thematic perspectives. Moreover, each piece is uniquely relevant with upcoming judicial sessions and pending cases before both international and national courts, furthering the central aim of this newsletter, Accountability. Check out the full issue here!

by Margaret Zimmerman at 6:50 PM