The sweetest place on Earth?

Many readers likely followed the news in mid-August of an unusual labor action a Hershey plant in Pennsylvania: a strike by foreign students, many in engineering and medicine, visiting the U.S. on the J-1 summer student work-travel visa program. Recruited with the promise of cultural exchange and lucrative employment, many of these students were forced to work the night shift at a chocolate factory under back-breaking and unsafe conditions -- not exactly the "Charlie and the Chocolate Factory" scenario that one foreign student had envisioned.
Last week, the August 2011 Human Rights Delegation to Hershey, Pennsylvania released a 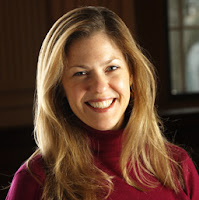 comprehensive report situating the experience of these students in an international human rights framework. The delegation was

composed of a clinical teaching fellow, a labor professor, and two law professors, Colleen Breslin, Stephanie Luce, Beth Lyon (pictured near right), and Sarah Paoletti (pictured far right), who interviewed several students and reviewed background materials relating to their work situation. Though the U.S. Department of Labor and the U.S. Department of State are also investigating the treatment of these foreign students, this "shadow" report seems a creative and powerful use of human rights law in the domestic context.
The Human Rights Delegation report contextualizes the ill-treatment of the foreign students, linking their situation with that of domestic laborers. The authors describe a "national narrative in which employers are increasingly relying on layers of contracting and subcontracting to shield themselves from their moral and legal obligations to their workforce" and "increasingly treat workers as disposable labor commodities" rather than human beings possessing fundamental human rights. The parallels with the treatment of undocumented migrant workers in the United States are difficult to dismiss.
The report describes various violations of human rights law, including the right to freedom of association awarded to "everyone", without regard to nationality or immigration status, under Article 22 of the International Covenant on Civil and Political Rights.
At every turn, by the student exchange program that brought them over, by their employer in the United States, and by agencies from their home countries, the students were told that they could not participate in a strike or other activity at the worksite. Varying sanctions were threatened, ranging from termination from the program to deportation and a bar from returning to the US for five years.
The report exposes the dangerous potential for abusive labor practices under the J-1 visa. The program creates a highly unequal relationship between the students and their employers. The students are far from home, in a new cultural and social context, and have been brought in to work for just a few months. Many students and their families take on significant debt in order to participate in a J-1 program. The employer has the power to single-handedly terminate the student's immigration status, which would in turn make it impossible for the student to repay these debts. Given that there are no avenues offering students independent information about their rights, it would be unsurprising if many suffer exploitative work situations in silence.
Indeed, the surprising part of the story is that these students, from countries as varied as China, Kazahkstan, Moldova, Mongolia, Poland, Romania, Turkey, and the Ukraine, had the courage to stand up against the treatment to which they were subjected.
Sadly, the story of the J-1 visa -- of excessive discretion around immigration status given to individuals with incentives to abuse that power -- is one that appears throughout the immigration realm.
Apart from the need to fix the structural flaws of the program as the report recommends, this story demonstrates how the creation of a human rights culture in the immigration bureaucracy and beyond is vital when it comes to protecting immigrants in America today.