Expanding the power of citizen’s arrest in Canada, in a time of security privatization

(My thanks to IntLawGrrls for the opportunity to contribute this guest post on the research I have undertaken with my co-author, Leo Russomanno)

This fall the Government of Canada will reintroduce legislation that would expand the power of citizen’s arrest. In 2010 Bill C-60, as it was called, died on the order paper; this year, it will be part of a larger package of reforms to Canada’s criminal justice system.
The proposed amendments to Section 494 of the Criminal Code would expand the power of private property holders and their delegates to arrest individuals whom they “find... committing a criminal offence on or in relation to [their] property.” Specifically, it would sanction not only immediate arrest, as the existing provision allows, but also arrest “within a reasonable time after the offence is committed.”
This legislation is in some respects a study in how law reform in response to a single event can invite unintended consequences. 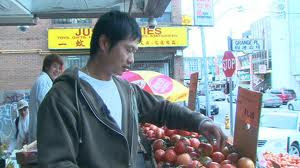 The bill was introduced following the trial of store owner David Chen (left) for assault and forcible confinement after he performed a citizen’s arrest outside his Toronto store. (credit for CTV photo) Chen had observed on his security camera a man stealing plants from the store. When the man returned an hour later, Chen and his associates grabbed the man, bound him, and confined him in a van for several hours until the police arrived.
Chen was ultimately acquitted. His case drew sympathy from politicians from across the political spectrum, and within a short time Canada's principal parties -- the Conservatives, the New Democratic Party, and the Liberals -- each proposed changes to the Criminal Code to allow arrests like that which Chen had effected.
The bill’s impact extends far beyond the classic citizen’s arrest, however.
Although the Chen case is the reference point for the changes proposed by Bill C-60, the major beneficiary of any expansion of the power of citizen’s arrest in Canada would be the private security industry.
To fully understand the potential effects of Bill C-60, therefore, one must also take into account society’s increasing reliance on private security forces as the first line of response to many security threats. In this respect, Canada is in a similar position as many other countries.
A rich body of literature has developed on the privatization of functions historically exercised by state police forces. (Among the many works on the issue are this 2002 book by Carleton Law Professor George S. Rigakos, this edited volume by Dennis Cooley, Executive Director of the Law Commission of Canada, and this 1979 study by Phillip Stenning, now a professor at Griffith University, and Clifford Shearing, Chair in Criminology at the University of Cape Town.) One of the central themes of this work is that in an era of “mass private property” (a term coined by Stenning and Shearing), private security forces are “policing” vast swaths of private property frequented by the public. As the Supreme Court of Canada explained in its 2003 judgment in R. v. Asante-Mensah:

The power of arrest is a potent weapon to put in the hands of landowners and occupiers to be wielded in protection of their private property. Whether or not force is used, the liberty of the person arrested is compromised... When so much of the space where the modern community gathers, including airports and shopping malls, is in private hands, there is legitimate controversy about the nature and scope of the occupier’s arrest power.

So how do we address the concerns that might be raised by the expansion of the power of citizen’s arrest in Canada, and in particular the threat to individual rights posed by these measures?
► It might be argued that the Canadian Charter of Rights and Freedoms should apply when an individual makes a citizen’s arrest under Section 494 of the Code, as the Court of Appeal in Alberta ruled in its 1986 decision in R. v. Lerke, 67 A.R. 390.
► On the other hand, in 2003 in R. v. Buhay, a unanimous Supreme Court concluded that the Charter did not apply to search of a locker by private security guards in a bus station that yielded narcotics.
The best approach may well be to find ways of addressing the concerns raised by the expansion of citizen’s arrest powers outside the framework of constitutional law.
The major benefit of this second approach is that it allows different forms of regulation to be imposed depending on the level of sophistication of the arrestee. For example, since private security services have the resources and sophistication to train their employees to comply with a rigorous regulatory regime that secures the basic interests of arrestees, legislators might consider more comprehensive regulation of the private security industry.
In the case of both the truly “private” citizen and more sophisticated private security personnel, there are extensive tort remedies available for the failure to effect a lawful arrest. In the case of the “private” citizen, these remedies may well be sufficient to make plaintiffs whole if they are wrongfully arrested. In the case of private security personnel, they would provide additional remedies and access to deep pockets when security services -- which have a duty to properly train their employees and to ensure that their employees conduct themselves professionally -- fail in that duty. 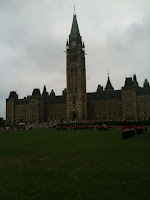 Finally, Parliament (left) may also consider creating a defence to the type of criminal charges faced by David Chen in the case that first gave prominence to many of these issues. Such a defence would protect private citizens who, in good faith, failed to conduct citizen’s arrests in the required manner. Depending on how the defence was constructed, it could, though it need not, preclude civil liability.

(Thanks to Jula Hughes for many helpful suggestions, and to Shanna Wicks for research assistance)

by Vanessa MacDonnell at 5:10 AM