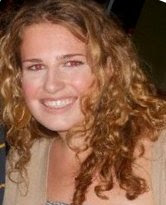 It is a pleasure to welcome Amber Charles (right) as today's guest blogger.
Amber Charles is in her second year at Boston Uni­ver­sity School of Law, where she is a Pub­lic Inter­est Scholar and G. Joseph Tauro Dis­tin­guished Scholar.
From July to September of this year, she served as a legal intern at the Institute for Justice & Democracy in Haiti, a non-profit organization committed to providing legal assistance to Haiti’s poor. Amongst other projects focused on prisoners' rights, unlawful evictions, and Haiti’s Universal Periodic Review, IJDH and its Port-au-Prince-based affiliate, the Bureau des Avocats Internationaux, are active in advocating for the fair prosecution of Jean Claude-Duvalier as a means to bring justice to his victims and curtail future judicial impunity in Haiti. IJDH/BAI represents a number of individual victims of Duvalier in their legal complaints before the Haitian tribunal. Amber discusses the Duvalier case in her guest post below.
Prior to her time at IJDH, Amber worked in the area of international democracy assistance at the Carter Center, based in Atlanta, Georgia. In this work, Amber focused on the appli­ca­tion of pub­lic inter­na­tional law to inter­na­tional elec­tion obser­va­tion, participating in election observation mis­sions in West Africa, the Mid­dle East, and South­east Asia. Her past work also included assessing election laws in region of the Organization for Security and Co-operation in Europe, with an aim to ensure compliance with inter­na­tional legal oblig­a­tions and regional best prac­tices.
Amber holds an undergraduate degree, magna cum laude, from the Uni­ver­sity of Geor­gia.
As her transnational foremother, Amber dedicates this post to Jeannette Rankin (below left). We've posted about Rankin here; Amber elaborates:

Rankin embodies many of the principles and beliefs which underlie my legal passions. Rankin, the first woman to serve in Congress (Montana 1917), was elected on campaign of universal suffrage, child welfare reform, and pacifism. She introduced a bill that would have allowed for women’s suffrage and opened floor debate on what would become the Nineteenth Amendment. Rankin was a co-fo

under of the American Civil Liberties Union and strongly committed to women’s rights. After leaving Congress she gave frequent lectures on disarmament and gender equality and led the 5,000 strong “Jeanette Rankin Brigade” in a demonstration against the Vietnam War at the age of 87. Rankin’s commitment to improving the life and rights of women is today embodied by the Jeannette Rankin Foundation’s provision of education grants to low-income women. My personal introduction to her work came when my mother, who left school in the eighth grade due to severe dyslexia, received her college degree with the help of one such grant. This modern-day example is illustrative of the continued impact of Rankin’s legacy for women both in the United States and abroad. Gender equity and the non-violent resolution of disputes remain critical issues at the forefront of international policy and law today, and our perception of such issues and work towards their resolution is fundamentally shaped by the women that came before.