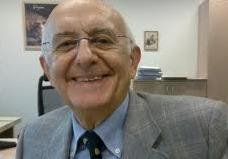 The international criminal justice community has lost one of its lions.
A formidable figure in the academy and on the bench, Antonio Cassese, died from cancer Saturday at his home in Florence, Italy.
Cassese (prior IntLawGrrls posts) had been a professor at Università degli Studi di Firenze for more than a quarter-century. (photo credit) His scholarly career also included positions at the University of Pisa, All Souls College at Oxford, the European University Institute, and Université Paris 1 (Panthéon-Sorbonne).
It was at that last institution where I met Nino Cassese, as he was called. He held the distinguished Chaire Blaise Pascal in the same period that I was a professeur invitée at Paris 1. It was an honor to talk with him about international criminal law. The attacks of September 11, 2001, had just occurred, and so often the talk turned to the United States' responses to those attacks.
A few years later, I returned to Paris to speak about U.S. detention policy as part of a joint lecture, with Cassese, entitled Crime contre l’humanité, génocide et torture. When Cassese arrived for our lecture at the Collège de France, he flung what he'd been reading on the table. It was the just-leaked Taguba Report on Abu Ghraib, in which an Army officer had found that U.S. military personnel abused Iraqi detainees in violation of the 3d Geneva Convention. Cassese was incensed, and not only at the acts alleged. The suggestion that only one treaty applied likewise astonished him. "Where is the mention of the Convention Against Torture?" he asked. "And what about the ICCPR?" For Cassese, in this and all allegations of crime, the fullest extent of all the laws must be brought to bear.
That breadth of vision was apparent in his writings. 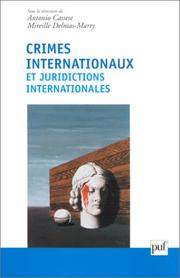 An example was "Y-a-t-il un conflit insurmontable entre souveraineté des États et justice pénale internationale?" -- "Is There an Insurmountable Conflict Between State Sovereignty and International Criminal Justice?" -- a chapter Cassese contributed to a 2002 volume, Crimes internationaux et juridictions internationales, which he co-edited with our colleague Mireille Delmas-Marty. Tracing international criminal justice to Hugo Grotius (1583-1645), who"fervently defended universal repression of serious crimes, because he believed in natural law," Cassese acknowledged that natural law had given way to positive law. (p. 20, my translation) Yet he saw evidence of the earlier form in contemporary international criminal justice:

'As a consequence, today, we can return to the ideas of Grotius, because we have a kind of new natural law, but this time it is a part of positive law,'

Cassese wrote. His list of crimes forbidden under this new natural-positive law:

Cassese's contention that the last-named offense had reached the status of a jus cogens crime would form the centerpiece of the opinion on terrorism that he issued this spring as the President of the Special Tribunal for Lebanon. (He held that position from 2009 until his retirement earlier this month at age 74, on account of his illness.)
Service as the first-ever President of the International Criminal Tribunal for the former Yugoslavia, from 1993 to 1997, similarly shaped the law respecting international crimes. Cassese's October 1995 Decision on the Defence Motion for Interlocutory Appeal on Jurisdiction in Prosecutor v. Duško Tadić affirmed that the U.N. Security Council lawfully had established the ICTY, that internal armed conflicts could give rise to war crimes, and that crimes against humanity might occur in time of peace. These rulings entrenched courts as a contemporary international mechanism for postconflict accountability.
He served in many more ways -- the Journal of International Criminal Justice and many books, the European Commission on Human Rights, the Darfur Inquiry -- more than can be stated here.
We will miss Judge Cassese, even as we continue to draw from his legacy much inspiration.