(Delighted to welcome back alumna Leila Nadya Sadat, who contributes this guest post)

The majority opinion in Kiobel v. Royal Dutch Shell Petroleum (2d Cir. Sept. 17, 2010) has much in it to delight an international law professor:
► References to Article 38 of the Statute of the International Court of Justice;
► References to the Rome Statute of the International Criminal Court;
► Discussions of Nuremberg; and even
► The I.G. Farben case!
Unfortunately, however, even the citations of these authorities – shored up by recitations from leading publicists in the field – do not lead to the proper conclusion in the case, which, as IntLawGrrls have discussed in posts available here, i 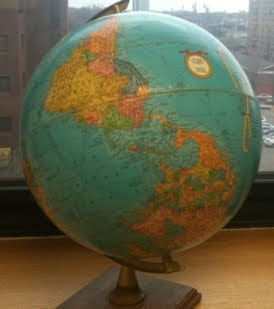 s set for U.S. Supreme Court review this Term. In the humble view of this author, the majority opinion in Kiobel is based upon a fundamental conceptual flaw.
The question posed by the majority is whether liability for legal persons is a norm of customary international law. Concluding that the answer is no, the majority in Kiobel finds no liability for corporations in Alien Tort Statute cases.
In a country where corporations have First Amendment rights, and are subject to suit for almost everything else, this result seems particularly jarring; how can it be so?
Essentially, because the majority asked the wrong question.
To understand this, think about the ramifications of the opposite holding: that a rule of customary international law requires corporate liability for war crimes, crimes against humanity, genocide, torture and the like. Putting aside the strange feature of the Alien Tort Statute, which takes rules providing for criminal liability and transforms them into rules of civil liability, such a holding would mean that all states would have to amend their national laws to impose liability for these crimes!
Surely that is not the case!
Even among the 119 states parties to the Rome Statute of the ICC, some states impose criminal liability on legal entities for war crimes, crimes against humanity and genocide – including France, which recently adopted such a provision. But most states do not do this.
Nor is it correct that the Rome Statute prohibits such a rule of liability: as I note at pages 193 to 194 in my monograph on the Court (The International Criminal Court and the Transformation of International Law (2002), which, of course, is not cited by the majority), the Rome Statute is simply silent on the question because there was no clear consensus.
I take issue with the majority’s review of the travaux préparatoires – having been at Rome (and at many Preparatory Committee meetings), it is clearly incorrect to state that the ICC Statute affirmatively excludes liability for legal entities as a matter of customary international law.
What the majority opinion does not do is distinguish rules of substantive liability generated as a matter of international law from rules governing the application of those rules in national legal systems that are a matter of national (municipal) law. Modes of responsibility, jurisdiction in personam, kinds of remedies, etc. – all the rules that govern lawsuits in our legal system are rules of national and not international, origin, unless some international law rule has explicitly and clearly displaced them.
Consider the European Union, which has a much more integrated system of law in terms of overlap between EU and national courts, as well as provisions about the direct applicability of EU law norms in national legal systems. Even there, the jurisprudence of the European Court of Justice, beginning with Brasserie du Pêcheur v. Federal Republic of Germany (1996), allows national courts to apply municipal law to EU causes of action, so long as the national courts do not do so in a way that completely undermines the rights created or discriminates against the EU cause of action.
In our legal system, this would mean corporations have liability in Alien Tort Statute cases, for the reason that they can generally be sued for their torts.
States remain free to craft rules of liability (or not) regarding causes of action sounding in international law, so long as they do not violate international law in so doing. The majority’s analysis stands these basic principles governing the repartition of competences between national and international legal orders on their head. (photo credit) In so doing, it turns U.S. rules about tort liability for alleged corporate wrongs upside down as well.
Not much to be delighted about there.