Boss' Day (alternative spelling Boss's Day, also known as Bosses Day or National Boss Day) is a secular holiday celebrated on October 16 in the United States and Canada. It has traditionally been a day for employees to thank their boss for being kind and fair throughout the year. The holiday has been the source of some 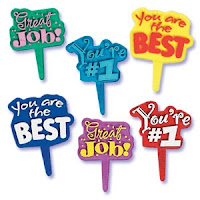 controversy and criticism in the United States, where it is often mocked as a Hallmark Holiday.
...
Patricia Bays Haroski registered "National Boss' Day" with the U.S. Chamber of Commerce in 1958. She was working as a secretary for State Farm Insurance Company in Deerfield, Illinois at the time and chose October 8 because she forgot that the birthday of her boss, who was her father, was actually on the 16th. Four years later in 1962, Illinois Governor Otto Kerner backed Haroski's registration and officially proclaimed the day.
National Boss' Day has become an international celebration in recent years and now is observed in countries such as Australia, India and South Africa and very recently Ireland and the UK.