According to the most recent polls, Mitt Romney is the current front runner for the Republican Presidential nomination. Romney is scheduled to give his first foreign policy speech this Friday. In advance, he announced his national security & foreign policy advisers. The list contains some names we'll recognize and some we might not, including:

As far as I can tell, so far we have two women in this group (although some additional women have been appointed as working group chairs and co-chairs): 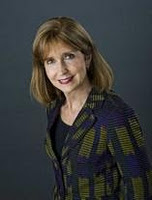 s Governor) and Trustee of the American University of Afghanistan.

2. Paula Dobriansky (right), former Under Secretary of State for Democracy and Global Affairs.

Tune in tomorrow for the foreign policy speech, which will be held in Charleston, S.C.