Which lens for Awlaki? 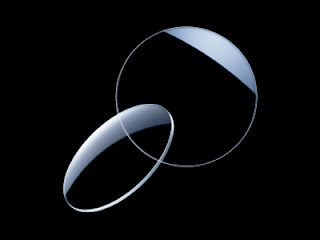 What to think about the killing of Americans by a U.S. drone in Yemen?
Anwar al-Awlaki, a U.S.-born imam of Yemeni heritage said to have planned multiple attacks against the United States, and Samir Khan, a Saudi-born al Qaeda propagandist who'd spent his childhood in the United States, were among "at least seven" killed in the drone strike in Jawf, a Yemen province just south of the Saudi border.
What you think about this case depends on what law you think applies.
As reporter Carol J. Williams quoted me yesterday, in a Los Angeles Times article to which other colleagues also contributed:

The U.S. citizenship of 2 who died has grabbed attention, but would seem not to change the legal analysis much. The 5th Amendment to the U.S. Constitution requires the federal government to accord due process to every "person," not just to citizens, and the laws of war are not blind to the possibility that a citizen might take up arms against his own country.
The problem is which laws apply.
The fact that the deaths occurred in Yemen, far from battlefields in Afghanistan, points to treating the killings under the rules of ordinary criminal justice. That's what civil rights groups alleged in a later-dismissed lawsuit they'd filed in 2010 on behalf of Awlaki.
But the fact that Awlaki is alleged to have been the enemy of the United States -- to have planned attacks during the current struggle between the United State and al Qaeda, as IntLawGrrl Karima Bennoune has stressed -- points to treating him as a casualty of war.
Which to choose is no easy question. That the operation was a joint effort between the U.S. military and the CIA underscores the blur.
What does seem clear is that the U.S. government will continue to chip at laws' lenses as long as it continues to wage its global campaign against terrorism.