A number of transnational regulatory networks have appeared and/or expanded in power and influence in the last few decades. These networks are characterised by their members being national regulatory agencies rather than nation-states. They also tend to have no international status beyond that conferred by the national law of their host countries.
Transnational regulatory networks seem to be particularly prevalent in relation to financial regulation. Examples include: the Madrid-based International Organization of Securities Commissions, known as IOSCO; the International Association of Insurance Supervisors, based in Basel, Switzerland; and the Basel Committee on Banking Supervision (red oval logo below left).
These networks also exist in other areas: in competition law may found the International Competition Network; in environmental law, there's INECE, the Washington-based International Network for Environmental Compliance and Enforcement; and in criminal law, INTERPOL, the International Criminal Police Organization based in Lyon, France.

One of the reasons why these networks have grown in importance is because of the failure of the treaty process to solve some global problems. The treaty negotiation process is often time consuming and complex and is particularly inappropriate to problems which require a more immediate solution. In contrast transnational regulatory networks linked by technology can work quickly to make policy recommendations to their members. As such governments are increasingly turning to these networks for more timely solutions to global problems. 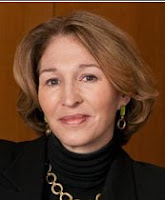 The importance of these networks in global governance and their growing power and influence has been documented in the literature, particularly in the work of Dr. Anne-Marie Slaughter (right), the Bert G. Kerstetter '66 University Professor of Politics and International Affairs at Princeton University and former Director of Policy Planning for the U.S. Department of State. (credit for photo by Denise Applewhite) Slaughter sees these networks as a solution to what she calls is the global paradox, that is, the need for global government for global problems but people being distrustful of global government. However one of the main difficulties of using these networks as the solution for global problems is that their agreements, guidelines, policy statements, etc generally have no international legal status and impose no binding obligations. As such these networks are usually limited to relying upon ‘soft law’ techniques such as networking, socialization, discussion and persuasion to

his is because countries are required to have in place certain laws which mirror IOSCO’s recommendations for securities regulation before they may become a signatory to the Multilateral Memorandum. Members who want access to it, and who don’t have such laws in place, must first secure change in their domestic legislation. It therefore appears that IOSCO is using this Multilateral Memorandum as a ‘carrot’ in its efforts for members to adopt the organization’s model for securities regulation.
IOSCO is using the Multilateral Memorandum in its mission to achieve international convergence of securities regulation.
In the article, I also examine whether other transnational regulatory networks could use this model of developing a ‘carrot’ – that is, something members want access to– in their efforts to secure compliance of members to an international agreement.
Put another way, I pose the question as to whether the ‘carrot’ mechanism may offer a solution to the ‘compliance challenge’ of these networks. I c 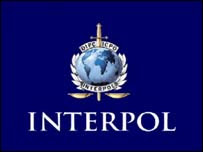 onclude that it could. Mechanisms which work towards improving enforcement outcomes of regulators are likely to be the most successful. This is because the elimination of crime, in particular economic crimes, is one area in which the preferences of countries and regulators are most likely to converge.