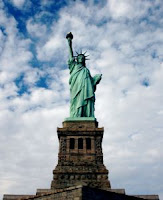 Last week, in Valdiviezo-Galdamez v. Attorney General, the U.S. Court of Appeals for the Third Circuit became the second federal bench to refuse to accord Chevron deference to the Board of Immigration Appeals' interpretation of asylum law's social group doctrine. Agreeing with the Seventh Circuit, the Valdiviezo-Galdamez decision found that new requirements that the Board has added to the social group definition are inconsistent with several prior Board decisions and therefore not entitled to Chevron deference. The circuits are split, with the First, Second, Eighth, Ninth, and Eleventh Circuits according Chevron deference to these new requirements.
Mr. Valdiviezo fled his home in Honduras because the Mara Salvatrucha gang had threatened to kill him if he continued to refuse to join their gang. His asylum claim, based on his membership in the particular social group of "Honduran youth who have been actively recruited by gangs but have refused to join because they oppose the gangs", was rejected by the immigration judge and the Board of Immigration Appeals (BIA). Mr. Valdiviezo appealed this decision to the Third Circuit, which remanded to the BIA to consider whether "youth actively recruited by gangs who have refused to join" could constitute a particular social group.
On remand, the BIA rejected this social group, relying on two tests it created in 2006 in Matter of C-A- that significantly narrowed the social group definition. The "social visibility" test requires that a social group be "highly visible and recognizable by others in the country in question" and its "particularity" test mandates that social groups cannot be comprised of a "potentially large and diffuse segment of society.
As I've posted before, Judge Posner writing for the Seventh Circuit has sharply critiqued these requirements; now, the Third Circuit has added its voice to his. Noting that agencies may not interpret their governing statutes irrationally or irreconcilably over time, the Third Circuit concludes in Valdiviezo-Galdamez that the "social visibility" and "particularity" tests are unreasonably inconsistent with past BIA decisions, and therefore not worthy of Chevron deference. Too soon to call it a trend, but perhaps a start towards undoing the undue deference accorded to the erratic and error-prone decisions of the Board.

Thanks for this excellent post, Jaya. Readers also may be interested in this story in today's Washington Post, which serves as an uncomfortable reminder that the United States may not be safe territory from a transnational criminal enterprise like the Maras: