Go On! The Internet in Bello: Seminar on Cyber War Law, Ethics & Policy

I am pleased to report a seminar being hosted by our colleague Kate Jastram (left) at Berkeley Law on The Internet in Bello: Seminar on Cyber War Law, Ethics & Policy Friday, November 18, 2011 in the Goldberg Room. The event is free but seating is limited, so registration is required here. MCLE credit will be available.
The keynote speaker will be Lt. General Robert E. Schmidle, Jr., USMC, Deputy Commander for U.S. Cyber Command.
Other speakers come from academia, the armed forces, and the International Committee of the Red Cross:
The day-long seminar will examine legal, ethical and policy issues posed by cyber warfare. 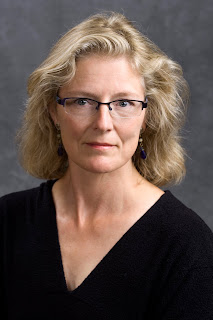 While much attention has been paid to jus ad bellum issues – examining when and under what circumstances a cyber attack constitutes an armed attack for the purposes of self- defense – relatively little discussion has focused on how cyber warfare might require new rules, or new interpretations of rules, regarding the conduct of hostilities, or the jus in bello, once armed conflict has begun. The Internet in Bello seminar will provide an opportunity for scholars and practitioners to explore issues such as:
► intelligence-gathering and other means of ‘preparing the battlefield’;
► as well as questions relating to how cyber operations intersect with the established rule that an attack is an act of violence, and the fundamental humanitarian principle of distinction, which holds that civilians should be protected against dangers arising from military operations.
The Internet in Bello seminar is hosted by Berkeley Law’s Miller Institute for Global Challenges and the Law, the International Committee of the Red Cross, the American Society for International Law’s Lieber Society, and the Berkeley Center for Law and Technology.