Nashiri and the Existence Vel Non of an Armed Conflict 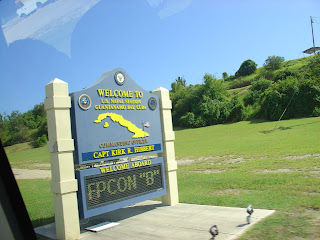 Thanks to our intrepid law librarians, I’ve had a chance to review the declaratory relief action filed by al-Nashiri’s counsel in the Western District of Washington against Bruce MacDonald, the Military Commission Convening Authority.
MacDonald has been sued in his home district in his individual capacity for issuing military commission orders in the case that exceed his statutory authority and the U.S. Constitution. In particular, the complaint alleges that the crimes for which al-Nashiri will be tried did not occur within the context of an armed conflict as required by the Military Commission Act of 2009 and the U.S. Constitution, including the 5th, 6th and 8th Amendments. It is alleged that by preferring these charges, MacDonald has—in essence—overruled the articulated judgment of the political branches and violated the bedrock separation of powers principle.
The complaint specifically states that in seeking a declaration that MacDonald has acted ultra vires, it is not asking the court to determine the factual question of whether there was an armed conflict in Yemen. Indeed, the complaint apparently concedes that such an inquiry is a political question uniquely dedicated to the political branches. Rather, the declaratory relief sought by Plaintiff would require the district court to answer the following legal question:

Did the President or Congress choose to invoke the war powers and apply the law of war to Yemen at any time relevant to the allegations against Plaintiff?

In support of the claim that MacDonald’s orders violate both the MCA and the Constitution, the Complaint contains the following factual allegations tending to show that the political branches did not treat the situation in Yemen as an armed conflict at the operative times:
In terms of relief, the complaint prays for a declaration that MacDonald has exceeded his statutory authorization and the U.S. Constitution in seeking to prosecute al-Nashiri by military commission for the USS Cole, USS The Sullivans, and M/V Limburg attacks. Interestingly, no injunctive relief is sought, although the court is invited to order any other relief it deems proper.
I’m intrigued by the apparent concession that determining the existence vel non of hostilities in Yemen is a political question, beyond judicial review. Perhaps this is true under domestic law, although Hamdan suggests otherwise. (I am also reminded of that line of cases in which courts determine an insured’s eligibility under insurance contracts excluding coverage for injuries as a result of “acts of war” (see, e.g., New York Life Ins. Co. v. Bennion). It is clear, however, that the Geneva Conventions and the international tribunals take the opposite view. According to the Conventions, the existence of an armed conflict is determined by objective conditions on the ground and not the statements or even genuine beliefs of the parties. Common Article 2, signaling the applicability of the Conventions, including their penal aspects, states:

In addition to the provisions which shall be implemented in peace time, the present Convention shall apply to all cases of declared war or of any other armed conflict which may arise between two or more of the High Contracting Parties, even if the state of war is not recognized by one of them.

The concept of a declaration of war—so central to the Convention (III) Relative to the Opening of Hostilities of Oct 18, 1907, is now effectively defunct.
Instead, it is widely accepted that an armed conflict is deemed to exist when (in the words of the ICTY in the Tadić case):

there is resort to armed force between States or protracted armed violence between governmental authorities and organized armed groups or between such groups within a State.

The triggering conditions of IHL differ depending on whether the conflict is an international (IAC) or non-international armed conflict (NIAC). Indeed, a higher threshold exists for establishing the existence of a NIAC that is premised on two factors:
Notwithstanding the distinction often drawn between armed conflicts and acts of terrorism, the international tribunals regularly consider acts that would be described as terroristic in determining whether the required intensity of violence has been reached for the purpose of applying IHL (see, e.g., Boškoski). In all the cases before the international tribunals, the existence of an armed conflict (and its classification where relevant) is thus an essential element of any war crimes prosecution that must be proven by the prosecutor pursuant to the penal burden of proof.
By accepting the removal of this aspect of the case from judicial review, the defense would seem to be lessening the prosecutor’s burden of proof on a key issue in the case, assuming some notion of inter-jurisdictional estoppel will apply as between the federal action and proceedings here.
by Beth Van Schaack at 8:23 AM

Thanks for the information, ladies. Headed to the hearing tomorrow.