[A] death warrant was signed for another death row inmate, Gary Haugen. And again he has volunteered to die.
He is just one of 37 inmates on death row today. Some have been there for over 20 years. They all have many years and appeals left before there is even a remote possibility of carrying out their death sentence. Two others have died of natural causes after more than a decade on death row. The reality is that Oregon’s death row is an extremely expensive life prison term, likely several times more expensive that the life terms of others who happen to have been sentenced to life in 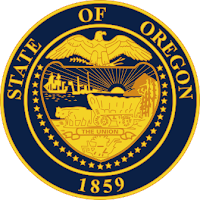 prison without the possibility of parole -- rather than the death penalty.
And while it may be convenient to blame lengthy and expensive death penalty trials and appeals on inmates 'working the system,' the truth is courts (and society) continue to reinterpret when, how and under what circumstances it is acceptable for the state to kill someone. Over time, those options are narrowing. Courts are applying stricter standards and continually raising the bar for prosecuting death penalty cases. Consider that it was only six years ago that the U.S. Supreme Court reversed itself and held that it is unconstitutional to impose capital punishment on those under the age of 18. For a state intent on maintaining a death penalty, the inevitable result will be bigger questions, fewer options and higher costs.
It is time for Oregon to consider a different approach. I refuse to be a part of this compromised and inequitable system any longer; and I will not allow further executions while I am Governor.

-- Oregon Governor John Kitzhaber, announcing his decision to impose a moratorium on executions in his state during his tenure. (Video here.) (image credit) The full statement that Kitzhaber delivered on Tuesday, who had let 2 executions go forward in a previous term as governor, places his decision in the context both of Oregon history and of the recent abolitions of capital punishment in the states of Illinois, New Jersey, and New Mexico.