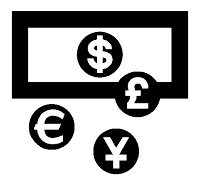 In 2010, the U.S. government imposed over US $1.7 billion in penalties and disgorgement for violations of the Foreign Corrupt Practices Act – the greatest amount in the history of the enforcement of the Act. With numbers like this, it is no surprise that the United States is currently the world leader in enforcement of foreign antibribery legislation. (image credit)
While FCPA compliance is imperative for all companies subject to its expansive jurisdiction, it is particularly important for companies that contract with the government. Given the nature of government contractors’ business, they are naturally at greater risk of violating the FCPA than those companies that do not interact with government officials on a regular basis.
Indeed, the enactment of the Act was, at least in part, a reaction to bribery scandals involving prominent government contractors in the 1970s. The government discovered that some of its largest contractors had paid millions of dollars in bribes to foreign governments to secure contracts, embarrassing both the United States and the relevant foreign governments.
Three decades later, the legislation designed to prevent and punish the bribery of foreign government officials has become a thorn in the side of companies that do business with the United States.
Many of the largest government contractors have either violated the FCPA or engaged in activities that allegedly implicate the Act’s antibribery provisions. Moreover, U.S. government contractors that have been investigated for violating the Act generally have not settled cheaply. The top 10 most expensive settlements in FCPA history include eight large U.S. government contractors: Siemens AG, Halliburton/KBR, BAE Systems, JGC Corporation, Daimler AG, Alcatel-Lucent, Panalpina, and Johnson & Johnson.
These record-shattering fines are levied in the shadow of the U.S. Government’s purchasing power. Take, for example, the companies that settled the three most expensive FCPA enforcement actions to date, and together paid approximately $1.8 billion in fines: Siemens AG, $800 million; Halliburton/KBR, $579 million; BAE Systems, $400 million. They also obtained over $10 billion dollars in U.S. government contracts in fiscal year 2010.
If a government contractor runs afoul of the FCPA, it could be subject to a multitude of penalties beyond those faced by companies that do not contract with the U.S. government. Indeed, government contractors that violate the Act face not only sky-high fines and other monetary penalties, but also risk being blacklisted and prevented from bidding on future contracting opportunities offered by its Government customers.
Specifically, companies that violate the FCPA risk either suspension or debarment from the U.S. procurement system. Under the Federal Acquisition Regulations, suspension and debarment are discretionary tools, designed solely to safeguard the public fisc rather than to punish a contractor for past misconduct. Any agency may suspend or debar a contractor, but once an agency has made that determination, all agencies must abide by that agency’s decision (absent negotiated exceptions). Thus, once a company is either suspended or debarred, it is completely excluded from both obtaining contracts directly with the government and subcontract work under prime contracts with the government.
Government contractors with a global presence must also be aware of the antibribery laws in other countries as well. In recent years, numerous other countries have implemented more aggressive antibribery regimes, and are actively investigating and prosecuting bribery cases.
For example, Britain's Bribery Act, in force since July 1 of this year, is currently the cause of greatest concern to companies that do business in the United Kingdom, because its provisions are broad and relatively undefined, and prohibit activities beyond those prohibited by the FCPA.
In addition to the penalties associated with the violation of a foreign country’s antibribery laws, contractors that violate the FCPA may also be debarred from doing business with a foreign government under Article 45 of the European Union Public Sector Procurement Directive. This is a punitive regime under which debarment is mandatory for bribery and other corrupt activities.
Other international organizations may also suspend or debar contractors if the company or individual is found to have violated the FCPA. For example, the World Bank may debar any firms or entities that have been found “to have engaged in fraudulent, corrupt, collusive, coercive or obstructive practices.” In addition, a company may be suspended from doing business with the United Nations Secretariat Procurement Division if it violates the FCPA.
To avoid debarment under the various procurement regimes, a contractor’s behavior following the discovery of the misconduct, its level of cooperation with the government, and any remedial measures it has taken, become essential to its survival. It is therefore obvious why many U.S. contractors try to eliminate this risk as quickly as possible through settlement negotiations. 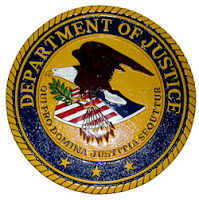 Indeed, it is common for the U.S. Department of Justice to use the threat of suspension and debarment to extract extraordinary fines and penalties from companies in exchange for its support during negotiations with debarment officials from the various procuring entities. (image credit) DOJ’s ability to work with a company to avoid suspension and debarment is significant leverage given the potentially devastating consequences that either could have on a company. Many companies would rather cooperate with the Justice Department than place their government business at risk. As such, it is no surprise that nearly all companies settle FCPA charges with the government rather than challenge them in court.
My recent publication, The Foreign Corrupt Practices Act & Government Contractors: Compliance Trends and Collateral Consequences, examines the collateral consequences government contractors may face if they violate the Act. While debarment, often referred to as the “death knell” of government contracting, is a focus of this article, I also address the many other consequences that violators of the Act may face, including fines, penalties, incarceration, and collateral litigation. This article should be a helpful primer for any scholar or practitioner interested in the FCPA and procurement.

by Jessica Tillipman at 5:00 AM