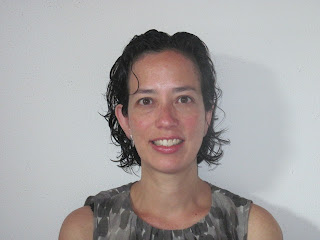 It's IntLawGrrls' great pleasure to welcome Alli Jernow (left) as today's guest blogger.
Alli is a senior legal advisor at the International Commission of Jurists, based in Geneva, Switzerland, where she runs the Sexual Orientation & Gender Identity Project.
She is the editor of the Sexual Orientation, Gender Identity and Justice: A Comparative Law Casebook (2011). Published by the International Commission of Jurists, the book presents more than a hundred judicial decisions from all over the world, that address legal issues relating to sexual orientation and gender identity. In her guest post below, Alli outlines the analysis in an article she published this year in the Amsterdam Law Forum, "Morality Tales in Comparative Jurisprudence: What the Law Says About Sex." (Her guest post, which turns on the U.S. Supreme Court decision in Lawrence v. Texas (2003), appears within days of notice that the plaintiff in that landmark suit, John G. Lawrence, died in November at age 68.)
Before joining the International Commission of Jurists, Alli was a federal prosecutor in the Criminal Section of the Civil Rights Division of the U.S. Department of Justice. She has also worked for the U.S. Department of State and for the Committee to Protect Journalists. She has served as a legal consultant on hate crimes, victims’ rights, and human trafficking for the International Labour Organization, the Organization for Security and Co-operation in Europe,