Sisters in Spirit: CEDAW to Launch Investigation into missing and murdered Canadian Aboriginal women and girls

(Delighted to welcome back alumna Doris Buss, who contributes this guest post)

The United Nations' Committee on the Elimination of Discrimination against Women has decided to conduct an inquiry into the murders and disappearances of Aboriginal women and
girls across Canada.
There is an alarming rate of murder and disappearances of First Nations (Aboriginal) women and girls who are living ‘off reserve’ in Canadian cities and towns. When First Nations women disappear or are found murdered, police authorities – and this is the case in multiple cities and towns and over a long period of time – have consistently failed 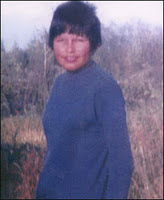 to act. In some cases, such as with the Lower Eastside of downtown Vancouver, this has meant that dozens of women have been killed and/or missing without any significant police response.
In 1991, a public inquiry into the death of Helen Betty Osborne (right) noted that it took 15 years for the police to arrest the four men who abducted, assaulted and killed her, even though the identity of the men was widely known. (photo credit) For years, Osborne’s death was dismissed as insignificant because she was alleged to have been a prostitute (she was in fact, a student training to be a teacher).
This pattern continues today and is the subject of an Amnesty International Canada report, and is being actively pursued by the Native Women’s Association of Canada, which has documented the disappearances and murders of over 600 First Nations women.
In January and September 2011, NWAC and the Canadian Feminist Alliance for International Action, fed-up with the Canadian Government’s inaction, asked the CEDAW Committee to undertake an investigation into the murders and disappearances of Aboriginal women. 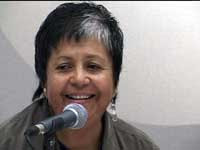