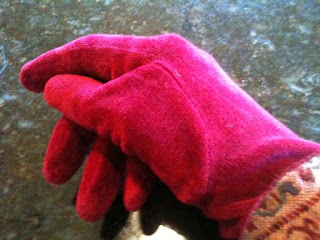 An amazing few days, for women, and for anyone who cares about about the rights of all humans.
Yesterday in Oslo, the 2011 Nobel Peace Prize was shared by 3 women (prior post) -- Ellen Johnson Sirleaf (below, far right) and Leymah Gbowee of Liberia, along with Tawakkol Karman of Yemen,

'for their non-violent struggle for the safety of women and for women’s rights to full participation in peace-building work.'

Tomorrow in New York, 2 women are slated to become the 1st women ever elected to 2 leadership positions in the International Criminal Court: Fatou Bensouda (below, far left) of Gambia, to the post of chief Prosecutor of the ICC, and Tiina Intelmann (below, near left) of Estonia, to the Presidency of the Assembly of States Parties, the ICC's governing body. Up to 2 women may be elected to join others already on the ICC bench.
There is much to celebrate in this recognition of the achievement of talented and dedicated women -- those named, and the many on whose shoulders they stand. At a press conference before accepting her prize, Gbowee (below, center) exulted:

'No longer will the world exclude us.' 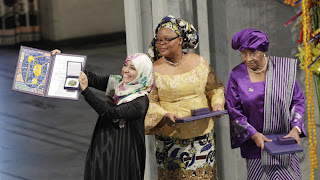 But there is also much yet to be done.
The countries and regions from which the newest Nobel Peace laureates hail are troubled. Last month's troubled election in Liberia exposed divisions there. Yemen's President, the target of protest all this year, remains in power, though he's promised to leave in February. Killings continue in Syria, whose leader was singled out for criticism by the Nobel Committee Chair during the awards ceremony. Referring to "security and military officials" who repress "the revolutions of the Arab spring," Karman (above, left) insisted in her Nobel lecture that "these people should be brought to justice before the International Criminal Court." (credit for AP/John McConnico photo)
Her remarks underscored the degree to which the almost-10-year-0ld ICC has become to be seen as a People's Court -- a forum where all the world's aggrieved may go to seek justice. Just in the last few months, such pleas have concerned not only "Arab Spring" countries, but also Mexico, Thailand, and the Vatican.
Such high expectations have yet to be met. Detractors have been quick to criticize the court. Even supporters have expressed disappointment. It remains an open question whether the ICC can deliver on its promise of justice, even in the narrowest criminal-law sense, not to mention the broader, restorative sense in which the term often is invoked.
Thus the new leaders will need to handle matters with professional dispatch, to develop means for processing the world's complaints, to balance victims' demands for justice against the imperative of the rights of the accused.
The new leaders will need to give coherent shape to the court's docket. They will need to speak clearly with regard to the 2 surviving accused in the Libya situation. They'll need to move pending matters in places like Georgia, Korea, and Afghanistan -- and Palestine. How these are handled is crucial, if the court is to evolve into an independent authority within the global sphere.
All will have to be done despite chronic shortages of international political will and international financing. Neither the pre-emptive immunization of some states' nationals, nor the refusal to allot new funds for new matters, promises 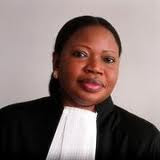 genuine justice. The new leaders will need to find a way to push back against provisos like these, which appeared in U.N. Security Council referrals of Darfur and Libya.
The gauntlet is cast. Come next year, even as Nobel laureates and others continue their rights work, it will fall to

these new leaders to prove the mettle of the court.