I am pleased to announce an upcoming symposium being sponsored by my institution, Santa Clara University School of Law, on Emerging Issues in Humanitarian Law. The dates are: February 3-4, 2012. The papers and commentaries will be published in the next issue of the Santa Clara Journal of International Law.
The symposium is premised on the observation that while international humanitarian law (IHL) was once an obscure, technical, and highly specialized area of law, aspects of IHL are today the subject of ongoing policymaking efforts and everyday parlance. 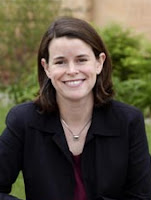 Furthermore, there are dozens of cases proceeding in United States, foreign, and international courts adjudicating IHL treaties and customary rules. This process pre-dated the tragic events of 9-11, but those attacks thrust IHL into a spotlight in which it has remained ever since. Notwithstanding this greater attention to the field, misinformation remains within the press, among government policymakers, and even within the legal profession about when IHL applies and what it dictates. In addition, current events continue to generate calls that the existing framework of IHL is ill-equipped to deal with the challenges of modern armed conflicts.

The goal of this symposium is to focus on emerging issues in IHL where IHL norms are most likely to be subject to evolution. Accordingly, the conference will be organized around four panels dedicated to the topics of: