Guantánamo 10 Years On and the Future of Indefinite Detention

Today, January 11, 2012, marks the tenth year of existence of the detention center at the U.S. Naval Base at Guantánamo Bay, Cuba. Ten years ago, twenty men arrived there and were held in Camp X-Ray, a temporary camp of open-air 6’x8’ cells made of chain link fence. This first group was considered so dangerous they were described by then-Joint Chiefs of Staff, General Richard Myers, as being willing to ''gnaw hydraulic lines in the back of a C-17 to bring it down.''
Within months, hundreds more men arrived blindfolded and in shackles and, at its height, Guantanamo housed 779 men. (Prior IntLawGrrls posts) Over the years, almost 600 men have been released, including most of those first-arrival detainees, without ever being charged or tried with any crime.
Today, 171 men remain imprisoned there, largely cut off from their families and communities, with no hope of ever going home.
Having represented Guantánamo detainees for almost ten years, I feel deep and utter disappointment in writing this blog, as I was hopeful my post last year at this time would be the final say on GTMO anniversaries. There is not enough room here to convey the myriad of legal and policy developments and human events – positive, negative, uplifting and tragic that have occurred over the last ten years. Entire books have been written about the subject. Indeed, you can read about my experiences in my memoir, Justice at Guantánamo: One Woman's Odyssey and Her Crusade for Human Rights (2009) to learn about the first Supreme Court case and the early years at Guantánamo.

(prior post)
In reflecting over the last decade, let me quickly highlight some of the salient points:
► First, it is a known fact that many of the men at Guantánamo were tortured and abused. Reports, such as those by the CIA Inspector General and submitted to the US Senate Armed Services Committee confirm not only that these human rights violations occurred but that they were done at the behest of American officials, many in high-level positions in the Bush Administration.
► Second, as mentioned, most of the men who have been through Guantánamo, including those still there, were never charged with any crime. In 2006, Seton Hall Law School produced a revealing report, based on US Department of Defense data, showing that less than 10% were considered to be Al-Qaeda and roughly half of the men had never committed a hostile act toward the United States.
No wonder then that since 2001, only a handful of men of have been subject to trial by military commissions as IntLawGrrls have written about here, here, 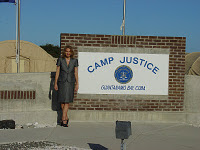 and here. (Beth Van Schaack – IntLawGrrl editor on location – has written several excellent posts about the upcoming military trial of Abd al-Rahim al Nashiri, scheduled to begin at the end of this month; Editor Diane Marie Amann's in-the-field account of December 2008 hearings is here.)
For the scores of men who will not get a military trial, the Supreme Court in the 2008 Boumediene case promised they would be able to challenge their detentions through habeas corpus hearings, which would mean release from Guantánamo in cases where the government could not prove the individual was part of Al-Qaeda or associated forces or substantially supported such groups. But since then, the U.S. Court of Appeals for the District of Columbia Circuit, which considers all appeals of Guantánamo cases, has rendered that promise meaningless, as it has consistently reversed or remanded any favorable ruling for a detainee.
Congress, for its part, has acted similarly over the past 10 years – passing every kind of legislation possible in attempt to deny Guantánamo detainees the ability to assert fundamental human rights, including the right to challenge their detention, to be provided basic due process when being tried for war crimes, to not be tortured and to hold officials accountable for torture.
On the bright side, the year 2009 seemed to hold new promise, as just days after his inauguration, President Obama issued an executive order calling for the closure of Guantánamo within a year. But, just six months later the administration made clear that would not happen. Discussion of the order and announcement are covered here. The next three years passed with very few men being released or subject to military trials. It seemed Guantánamo would take a bit longer to close but, I had hope that it would, eventually. That hope, however, was largely dashed last year when Congress passed and President Obama signed the National Defense Authorization Act for 2011, which severely restricted the ability to transfer men out of Guantánamo to anywhere for any purpose.

More significantly, the passage of that 2011 Act into law confirmed my growing belief that America was steadily marching toward establishing indefinite detention as a permanent tool in its national security toolbox. Contemporaneously, IntLawGrrl Laurie Blank posted an excellent explanation of indefinite detention under the laws of war just over a year ago, in light of a forthcoming executive order issued establishing periodic reviews of the Guantánamo detentions.
Simply put, indefinite detention in a "global war against terrorism" is not legitimate under the laws of war, because there is no ascertainable conflict with geographical or temporal boundaries. In other words, the laws of war do not provide the United States the authority to pick up anybody anywhere in the world and hold them without trial until "the end of hostilities" in a conflict that has no clear end.
We were prescient; the future is now. While for the Guantánamo detainees indefinite detention has been a reality for much of the the last decade, the reality of indefinite military detention has recently come home to roost. On December 31, 2011 – the eve of the new year – President Barack Obama signed into law the National Defense Authorization Act for 2012, which:
To his credit, President Obama issued a signing statement making clear that he had "serious reservations" about certain aspects of the detainee provisions of the 2012 Act. But his concern was largely with potential constraints on executive power and the provisions that put Americans at risk of indefinite detention. 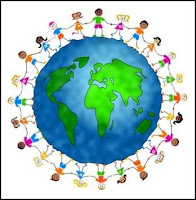 This is in striking contrast to the President's proclamation just two months ago, on Human Rights Day, celebrating the 63rd anniversary of the Universal Declaration of Human Rights. He said:

'On this anniversary, we recognize human rights as universal, and we stand with all those who reach for the dream of a free, just, and equal world.'

The truth is that President Obama, the Congress, and the American people have accepted the establishment of indefinite detention of citizens and non-citizens alike, as well as the militarization of civilian processes in our democratic society in belief that the trade off will make us more secure. However, such actions not only profoundly undermine the American Constitution and the core of American values, they egregiously violate the very human rights we are currently espousing in countries yearning for democracy. Certainly, ten years is too long for the men at Guantánamo. For this reason alone it should close and the men should be sent home or put on trial. Yet, it should also close because it is fast becoming a symbol for the destruction of a free and just society – the kind of society we all yearn for.
by Kristine A. Huskey at 8:10 AM

Great article - thank you for all you are doing to keep the focus and pressure on. Keep up the great work!
All the best,
Kim Simpson