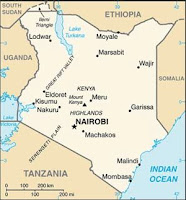 NAIROBI, Kenya – The International Criminal Court yesterday confirmed charges against four of six suspects in two cases regarding alleged crimes against humanity that occurred in late 2007 and early 2008 following Kenya’s disputed election.
By the votes of Judges Ekaterina Trendafilova of Bulgaria and Cuno Tarfusser of Italy, who comprised a majority of Pre-trial Chamber II, the ICC determined that trials will go forward against:
► Parliamentarian William Samoei Ruto and radio presenter Joshua Arap Sang in Case I (affiliated with the Orange Democratic Movement opposition party); and
► Deputy Prime Minister Uhuru Kenyatta and public service head Francis Muthaura in Case II (affiliated with the Party of National Unity).
The judges declined to confirm charges against parliamentarian Henry Kosgey in Case I and former police commissioner Mohammed Hussein Ali in Case II, citing the prosecution’s failure to meet the standard of substantial grounds to believe that the crimes were committed and that the suspects were responsible.
The Pre-Trial Chamber's third member, Judge Hans-Peter Kaul of Germany, an ICC Vice President, dissented from the majority decision. He maintained that while the crimes committed were serious crimes under Kenyan criminal law, they did not meet the threshold required to be tried before the ICC. (Prior IntLawGrrls posts on these cases available here.) Among other things, the rift on the bench reveals a larger question about what ought to constitute material jurisdiction in cases before the ICC.
This post focuses not on the decisions themselves, but rather on how they have appeared in Kenyan popular discourse, and on the reactions of some civil society organizations. (map credit)
Commentators on the Kenyan situation have long noted the political dimensions of these cases and their potential for shaping the outcome of Kenya’s next election, which is currently due to be scheduled for the end of this year or for the first quarter of 2013. This is because one of the accused against whom the ICC will proceed, Uhuru Kenyatta, is the presumed successor of current Kenyan President Mwai Kibaki.
In addition to the political implications of this decision, another possible outcome of the ICC process may be a return to domestic paths to accountability.
ICC-related stories had dominated Kenya’s most widely circulated dailies well before the decisions were announced yesterday,around 1:30 p.m. East African time. On the morning of the decision, the lead stories of The Standard and Daily Nation assumed an apocalyptic tone – “Day of Judgement: Confirmed?” and “The Hague: Day of decision.” The Standard proclaimed:

'It could be the single ruling whose ink will rewrite Kenya’s history and its winds shake the political arena from today at 1:30.'

Other headlines highlighted the possibility of violence that might accompany the decision – “Anxiety and prayer as Kenyans await ruling on cases facing Ocampo Six”, “Your days are numbered, tribal inciters warned” and “Police deployed in ‘hotspots’ to curb violence.” Columnists and letter-writers devoted page after page to ICC-related debate.

An umbrella network of civil society organizations known as Kenyans for Peace with Truth and Justice, or KPTJ, had taken out a full-page advertisement in the Daily Nation calling for calm and emphasizing the domestic implications of confirming the charges. (logo credit)
While security concerns and dramatic proclamations dominated yesterday’s headlines, it appears that the debate is in the process of shifting to a different set of issues, as indicated by the KPTJ: How will this decision bear upon the next election, and will Kenyans revive previous efforts to handle these kinds of crimes domestically?
Yesterday I was the lone Hague-based academic among persons from Kenyan civil society organizations, academic institutions, and news outlets who were invited to attend an ICC-sponsored event yesterday. I made my way out to the ostentatious Safari Park Hotel outside the Nairobi city center to attend an ICC-sponsored event that featured live-streaming of the judgment summary. The event was designed to foster accurate reporting of the outcome by linking the participants with legal officers of the Pre-Trial Chamber for a question-and-answer session following the decision; despite the efforts by Court staff, however, no connection could be established with the Hague-based legal officers.
Perhaps this technical problem stood metaphorically for something larger: Kenyans would not be looking Hague-ward for answers.
In the comments that followed from invited Kenyan legal experts and members of civil society organizations, it became clear that the ICC route alone was considered insufficient for dealing with issues of impunity. Perhaps in hindsight the ICC spectacle will have offered more of a distraction from domestically driven reform projects than an exemplar of justice ‘being seen to be done,’ particularly since ‘seeing’ it involved straining through an unruly and pixellated live feed of proceedings that were taking place thousands of kilometers away. Among the participants at the ICC outreach event, the consensus seemed to be that the ‘don’t be vague, go to The Hague’ sentiment which had held sway in the past would soon be overtaken by more domestically driven initiatives.
One question to be resolved in Kenya now is whether indictees will resign from public office, either on their own volition or to satisfy the (yet to be litigated) requirements of public officials found in Kenya’s 2010 Constitution. Chapter Six of the Constitution (‘Leadership and Integrity’) includes provisions on the ethics and integrity of public officials, and pending charges against the indictees before the ICC could be interpreted as triggering those barriers. Among other members of the KPTJ, the International Commission of Jurists and the International Centre for Policy and Conflict have publicly called upon the suspension of Kenyatta and Muthaura from public office, a position that has also been put forward by the Justice and Constitutional Affairs minister.
Heated debates on this point had already been taking place in the popular press by the time of the decision, and they will likely be translated into domestic court processes during the lull before ICC trials begin.
Furthermore, civil society actors are planning to breathe new life into idea of a special tribunal recommended by the Commission of Inquiry into Post-Election Violence (popularly known as the Waki Commission) in its influential 2008 report. The ICC prosecution is thought to have relied heavily on the findings of the report in its cases after the Kenyan parliament failed to pass legislation establishing a domestic tribunal. On the day of the confirmation of charges decision, the KPTJ statement asserted:

'We also continue our calls for the establishment of a special judicial mechanism to address those who have not been prosecuted for post-election violence so that we can ensure accountability and peaceful elections.'

This sentiment was echoed at the ICC outreach event, where several civil society representatives noted the need for domestic solutions to Kenya’s “serious accountability gap,” as the executive director of the Kenyan NGO Africog described it, particularly since the ICC cases are thought to be too geographically limited. Others called for collective insistence on a local mechanism, asking:

'Why focus on these six when there are those who have committed crimes who are moving freely?'

There is substantial consensus that the Kenyan state failed to take appropriate domestic measures to justify a meaningful admissibility challenge under Article 17 of the ICC’s Rome Statute, which provides that the ICC may exercise jurisdiction only where states are ‘unwilling’ or ‘unable’ to prosecute crimes domestically. Nevertheless, it may be that the growing awareness of the limited form of justice available at the ICC may catalyze further domestic initiatives – initiatives that may ultimately sideline the externally shaped form of justice on offer in The Hague.
As former South African president Thabo Mbeki recently argued at Uganda’s Makerere University, defending the self-determination of African states is a ‘fundamental and strategic imperative.’ In this light, the more domestically driven a process may be, the better.
by Sara Kendall at 5:00 AM