The Lessons of January 11, 1992: Remembering the Cancellation of Algeria’s Elections in the Wake of the “Arab Autumn” 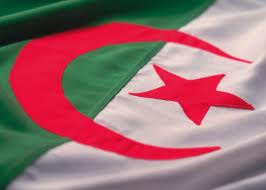 Twenty years ago today Algeria’s military-backed government stopped the country’s electoral process, preventing the Islamic Salvation Front (FIS) from coming to power and dismantling the Algerian republic – something it had openly promised to do. In context, this was the better of the two bad alternatives available at that moment – interrupting a flawed parliamentary election rather than allowing the reins of power to be taken by fascists who openly proclaimed their opposition to democracy.
I am certain that much ink will be spilled this week lecturing Algerians on how much better things would have turned out if they had not done so. However, too much blood has been spilled for the history to be so obscured. There is a standard narrative about these events in most English language accounts. Democratic elections were sailing along. The Islamic Salvation Front was poised to win. The army intervened. The trouble started. This narrative is a gross oversimplification of what actually happened.
The roots of the problem lay in the way the electoral process was conceived. Born of a popular revolt in October 1988 during which the military killed 500 Algerians in the streets in a week, a series of elections were used by the government to draw attention away from the demands of the protestors, which had mostly been about socio-economic issues. “We elected Ali Baba but not the 40 Thieves” was a popular slogan. After decades of single-party rule during which no opposition parties could operate openly, the Islamic Salvation Front – whose precursors had been militating in mosques – had a huge head start. A movement that did not believe in ruling through democracy was then best poised to benefit from that moment of democratization, a terrible contradiction. It was to be “one man, one vote, one time.” In fact, under Algerian law this party should not have been legalized in the first place, as it claimed to be based on religion. However, the government of President Chadli Benjedid, busy cramming neoliberalism down the throats of a frustrated population, wanted to use the fundamentalists to cow its left and nationalist critics, to claim the populist space. It was a dangerous game that got out of control.
The idea that the violence only began after the interruption of the electoral process is ludicrous. Fundamentalist armed groups and individuals, some related to the FIS, had been carrying out attacks for several years before the elections, first against women and then against young military recruits. No one – except stalwart Algerian feminists – paid much attention when they were attacking widows who did not remarry. In those tense pre-election times, people associated with the FIS also threatened many others with the bloodshed that would unfold when they controlled the apparatus of the state. An unveiled Algerian woman restaurateur told me how a young man in a FIS demonstration that flooded past her small bistro said to her,

'You, American, you will be the first one we kill.'

'They said 'one day your turn will come.' There were lists of people they would assassinate when they took power.'

The prominent journalist Salima Tlemcani said she could already see it coming back in the late 1980s:

'I lived a daily verbal terrorism, by violent sermons about women, against women who do not wear the hijab, who work, who dare to occupy public space, who are not submissive to the family. I saw the threat coming from far away. I said to myself, if these people take power, maybe three-quarters of the population will die.'

'The Islamists promised they would change everything. Women would go back home. They told us in their sermons and their electoral campaigns that there would be no constitution, just the Sharia.'

One woman activist said to me at the time, “fundamentalism is the death of our country.” Another said to me bitterly years later, “those who say the fundamentalists should have come to power make me laugh.”
Terrified for their lives, and for the life of the nation – to use the language of Article 4 of the International Covenant on Civil and Political Rights that permits some derogations from some human rights in times of emergency that rise to that level – 500,000 Algerians took to the streets on January 2, 1992, calling for the interruption of the electoral process. They created a national committee to save Algeria made up of trade unions, women’s rights groups, artists, and intellectuals.
None of this is remembered outside the country.
The lack of understanding is very painful for many Algerian secularists. Asma Guenifi, whose brother Hichem was killed by the Armed Islamic Group in 1994 when he was only 20, wrote recently in her 2011 book Je ne pardonne pas aux assassins de mon frère ("I do not forgive my brother’s killers") how devastated Algerians like her were by international sympathy with the FIS.
Of course, the cancellation of the second round of the elections, this better of two bad outcomes, was itself fraught with suffering. 200,000 Algerians are thought to have died in the ensuing “dark decade,” most slaughtered – often in ghastly ways – by the fundamentalist armed groups, some of whom were related closely to the FIS. The army also committed gross abuses, including torture and an estimated 8,000 disappearances. Yet, it is foolish to think that the outcome would have been better if the fundamentalists, who were willing to slaughter entire villages of Muslims they deemed unIslamic, who cut the throats of young women in the streets for daring to show their hair, had controlled the apparatus of the state. 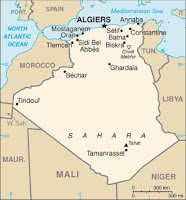 There were terrible costs to keeping them out of power this way. The fundamentalists looked like the victims internationally, the army consolidated its political power which remains a troublesome reality in Algeria today, and worst of all, hundreds of thousands of Algerians died in a ten-year reign of terror by fundamentalist thugs.
However, the country did not become an Islamic republic. The fundamentalists did not take power. All these things protected human rights. Though they tried to force women to veil at the barrel of a gun, they could not make that the law. Though they opposed coed classes and burned schools, they could not ban mixed education outright. Of course, some of what they could not impose has subsequently been reintroduced socially through the pan-Arab media and a creeping Islamization that has swept the region. The ideological struggle against fundamentalism continues.
Moreover, the current Algerian government has utterly failed to follow through and defend the republic and its people. The government is today politically bankrupt and seemingly unable to meet social needs, as yesterday’s protests in the town of Laghouat make clear. The government regularly squelches peaceful expressions of opposition, and recently enacted laws further curtailing those rights. The state promulgated an amnesty for all the perpetrators of the 1990s violence, and has failed to preserve the memory of what happened during the dark decade. This has made a mockery of the huge sacrifices made to save the republic, and left the country in a miserable condition in which fundamentalist parties may actually do well in the parliamentary elections set for May.
That still does not imply that things would be better now had a different choice been made on January 11, 1992. Rather, it is a stark reminder that the struggle for democracy must be unrelenting, must take place on multiple axes, and center not only political freedom but also socioeconomic justice and the equality of women and men.
What does this all mean now in the wake of what is called the Arab Spring?
There is no easy answer. Each country has its own specificities, and my analysis cannot simply be transposed elsewhere. But there are some important lessons to be considered. The first is that when confronting fundamentalism and autocracy simultaneously, there are difficult strategic choices to be made, each with a mix of positive and negative consequences – and one has to consider them carefully. Democracy is undoubtedly important – but what does it mean? It is indeed about process, but it is also about substance. Voting is a part of democracy, but voting in the extreme right is not a victory for democracy in the substantive sense, or for human rights. It is rather a tragedy that gives rise to other human rights battles.
The single most important lesson is that there is no way that one can judge these kinds of events without listening to women. Women have the most to lose. In the last year, I have conducted interviews in Algeria, Egypt, and Tunisia. I found that there is a gender gap across the region in terms of who is most worried about what may happen now with the renewed rise of fundamentalism. Still, I am surprised how often women’s voices are left out of the policy debates. They must not be.
This week we must remember not only the terrible events that followed the cancellation of Algeria’s elections, but also those that preceded and provoked it, and the even worse outcomes for Algerian women and men that might have unfolded otherwise. While continuing to demand real democracy in Algeria and across North Africa, we have to take on all those forces that threaten it – whether fundamentalists or autocrats. The outstanding challenge, as an Egyptian woman activist told me recently, is to create space for other choices.
by Karima Bennoune at 2:10 AM

We, anti fundamentalist/fascist Algerians, are all grateful that at last the cancellation of elections in Algeria 20 years ago is discussed,distancing itself from the usual short sighted political whipping of those who took this courageous decision.No, turning the power into the hands of the extreme religious right would not have ensure 'democracy' as social justice for all, it would only have respected the formal rules of electoral representation. We definitely need to draw a line between the two meanings of 'democracy', one which describes one of the possible means (the electoral process) that may help reach the second (social justice for all). Had the religious Muslim Rght come to power, women, non believers, agnostics and believers who did not share their views would have been their victims to a far greater extent that has been the case, as happened in Iran or Afghanistan.The Left and Human Rights organizations that, in the name of democracy, blindly supported armed fundamentalists - but not their direct victims - against state repression both failed to analyze the situation as clearly as Karima Bennoune does here.