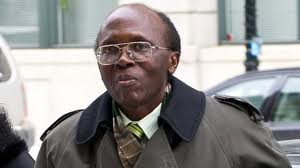 It has been a busy week for aficionados of International Criminal Law. One development that may have escaped notice concerns our neighbor to the north.


Rwandan Léon Mugesera recently lost appeals filed before provincial and federal courts in Canada seeking to prevent his deportation to Rwanda. Mugesera is known for an inflammatory speech given in 1992 that is believed to have helped trigger the genocide that engulfed Rwanda a year and a half later. After he successfully applied for permanent residence in Canada, Canadian immigration authorities commenced deportation proceedings against him. In 2005, the Supreme Court of Canada reversed an appellate court’s ruling that Mugesera did not deliberately incite murder,hatred or genocide. The Supreme Court concluded that there were “reasonable grounds to believe” that Mugesera committed crimes against humanity—the standard for deportation. The full speech is appended as appendix III to the Supreme Court opinion.
In an effort to avoid deportation, Mugesera invoked the non-refoulement principle, among other arguments, claiming that he would be subjected to persecution in Rwanda if he were returned. He filed an Article 22 individual petition before the Committee Against Torture, the body charged with enforcing the Convention Against Torture, seeking the Committee’s views on his vulnerability to torture. The Committee by letter requested Canadian officials to stay deportation so it could consider the petition. The Quebec Superior Court temporarily stayed the deportation, but then ruled that the Committee lacked the power to constrain states parties because it was limited to offering its views on individual petitions. It also determined that the responding to the Committee was an executive function, rather than a judicial one.

On January 24th, after a 16 year legal battle, Mugeserawas deported and is now in custody in Kigali. This result, while welcomed by many, remained controversial, as many in Canada argued that Mugesera should have been prosecuted for his underlying crimes (including incitement to genocide) rather than simply deported.  So far, Canada has prosecuted only two individuals under its Crimes Against Humanity and War Crimes Act:
(See our coverage of the Munyaneza case here). The current government has indicated an intention to streamline its laws (particularly the Immigration and Refugee Protection Act) to make deportation even easier.

For more on Canada’s Crimes Against Humanity and War Crimes program, see here. Good coverage is also available on the website of theCanadian Center for International Justice). (We’ve covered the work of CCIJ before, see here (the effort to prosecute George W. Bush in Canada) and here (on Canada’s war crimes programgenerally and the prosecute v. deport debate)).
Mugesera has been under indictment in Rwanda for years. Mugesera’s crimes arguably fall outside of the temporal jurisdiction of the International Criminal Tribunal for Rwanda,because his infamous speech was given in 1992—almost 2 years before the ICTR’s jurisdiction commences. Article 1 of the ICTR Statute provides:
The International Tribunal for Rwanda shall have the power to prosecute persons responsible for serious violations of international humanitarian law committed in the territory of Rwanda and Rwandan citizens responsible for such violations committed in the territory of neighbouring States between 1 January 1994 and 31 December 1994, in accordance with the provisions of the present Statute.
The Appeals Chamber of the ICTR has rejected the argument that incitement to genocide is a continuing crime. In Prosecutorv. Nahimana, the so-called Media Case, the Appeals Chamber held:
723. The Appeals Chamber isof the opinion that the Trial Chamber erred in considering that incitement to commit genocide continues in time “until the completion of the acts contemplated.” The Appeals Chamber considers that the crime of direct and public incitement to commit genocide is completed as soon as the discourse in question is uttered or published, even though the effects of incitement may extend in time. The Appeals Chamber accordingly holds that the Trial Chamber could not have jurisdiction over acts of incitement having occurred before 1994 on the grounds that such incitement continued in time until the commission of the genocide in 1994.
An international consensus has apparently emerged that Rwandan judicial system is finally capable of fairly prosecuting its own, which clearly freed Canada to move quickly on the Mugesera case. Also to this end, the ICTR Office of the Prosecutor conveyed the dossier on Jean Ukinwindi to the courts of Rwanda, paving the way for the first transfer of a suspect from the international court to Rwanda, as we discussed here. The European Court of Human Rights also ruled that Sweden could transfer Sylvère Ahorugeze without running afoul of the non-refoulement principle (see our coverage here). The gacaca system is set to conclude in May 2012, after hearing more than a million genocide cases since 2005. An official closing ceremony will be held on May 4, 2012.
by Beth Van Schaack at 1:04 PM

A lot has happened since the Canadian Supreme Court found Mugesera to be deportable in 2005. To begin, Rwanda has abolished the death penalty. Second, the ECHR has found that it is safe to return Rwandans accused of serious crimes. Third, Canadian courts heard substantial evidence on the question of whether Mugesera would face torture in Rwanda and found that he would not. In these circumstances, it's hard to argue that the decision to deport an individual accused of inciting genocide was ill-founded.

I disagree with the deportation order.

I also regret that the Canadian authorities prevented the wife and five children of Mugesera from saying good-bye to him at the airport.

The deportation violates Section 7 of Canada's Charter of Rights and Freedoms, and runs afoul of Article 33 of the Convention on the Status of Refugees. (Mr Mugesera was never a security risk, nor was he ever convicted of a crime). He is and remains a convention refugee.

When Canada stripped him of his permanent resident status, for many years it had the opportunity to prosecute him. The decision not to do so is quite curious.

It's possible that had he been tried, he would have been convicted for incitement - but not crimes against humanity. It's not clear the Crown would have been able to prove that his November 1992 speech was part of a systematic and widespread attack. Incitement carries a maximum five-year sentence.

Had he been tried in Canada, the world probably would have heard evidence that three months after the Mugesera speech, on 8 February 1993, the RPF (in violation of a ceasefire agreement) attacked Ruhengeri and Byumba and in the process massacred 40,000 hutu and caused 1 million displaced persons (Former Minister of Defence James Gasana). This would not have been good publicity for Rwanda.

I wish Rwanda was governed by the rule of law, but it's not.

Opposition parties are prevented from registering; political opposition leaders are imprisoned or killed; the judiciary is not independent; the state controls the press; and Rwanda even denies habeas corpus to Laurent Nkunda (detained in Rwanda since February 2009 with no arrest warrant, never explained what if any charges have been laid against him, and he is yet to be allowed to contact a lawyer).

In the case of Rwanda's former Minister of Justice Agnes Ntamabyaliro, as a refugee she was kidnapped in Zambia and brought to Rwanda in 1997. She was subjected to severe torture for many years. She was tried in 2009 for genocide and convicted. In 2009 she filed an appeal, however, no date has been set.