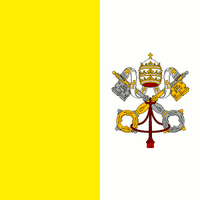 The Vatican, affirming the refusal of the Roman Catholic Church to ordain women as priests, said today that they could not qualify because Jesus was a man and His representatives on earth must have a 'natural resemblance' to him.

The 18-page statement relied on an assertion by a 13th C. pope, to the effect that the Virgin Mary surpassed all Apostles yet was denied the keys to heaven given those men. To this day, women remain excluded from the Catholic priesthood, although according to a recent announcement, a limited number of male Episcopal priests married to women will be allowed to do so.