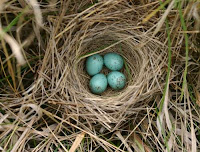 As reviewed in a post yesterday, the United States National Action Plan on Women, Peace, and Security amounts to an impressive promise to enhance human security around the world. (photo credit)
Released in mid-December, the Plan addressed, among many other things, domestic violence and violence based on sex or gender. It stated (pp. 6-7):

'When countries are not experiencing active conflict, evidence shows that violence against women can be a primary indicator of a nation's stability, security, and propensity toward internal or external conflict. This indicator may be as telling as levels of democracy or wealth.
'No society can restore peace or stability when its population lives in daily fear of rape or other sexual assault -- or when the perpetrators are not held accountable for their actions. ... The safety of women and their families must be a top priority for security efforts around the world.'

The concerns are laudable. Yet the focus, in this passage and in similar ones to be found in many U.S. news stories, unsettles. Often they leave the reader with the impression that such violence is an other, something that occurs elsewhere, that is to be fought elsewhere.
Statistics indicate otherwise.
A Centers for Disease Control report -- published the same week as the National Action Plan -- said that 1 of every 4 American women surveyed said "they were violently attacked by their husbands or boyfriends," and 1 in 5 called themselves victims of rape or attempted rape. Half in the latter group said they were girls under 17 when assailed.
Though an Associated Press account termed those numbers "startling," in fact they're consistent with earlier statistics about college campuses and the military.
In short, they indicate that the United States is not to be excluded from statements like this one, in a 2000 Johns Hopkins study, reprinted at p. xi of Alice Edwards' new book:

'Around the world at least one woman in every three has been beaten, coerced into sex, or otherwise abused in her lifetime.'

Something else lies hidden in the passage of the U.S. plan quoted at top. Its reference to women's "families" may be a tacit acknowledgment that males too can be vulnerable. Numbers are extremely hard to come by. Yet anecdotal evidence -- in the United States (here, here) and abroad (¶¶ 66-67 here) -- deserves consideration.
Inclusion of such issues of human rights at home well might strengthen every nation's action plan on peace and security.
by Diane Marie Amann at 6:00 AM

We are good to be have a security life in all the aspects from every individual and there are issues related to the security and thus providing the secure life ........