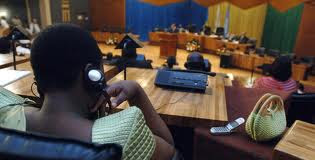 'If there would have been no quotas; we would not be here.'

This group puts little emphasis on the substantive effect of female political representation but is aware of the symbolic effect they have. They strongly believe that, as one said,

'Having women in Parliament stimulates other women to become active in politics.'

The second group, "symbolic representation and power," also associates female political representation with its symbolic function. But in contrast to the first group, these women ascribed greater value to power than to numbers. As one representative argued:

'The number is important, but to be able to influence politics, you need to have power. Women will have more influence when one of them holds a higher position in Parliament (e.g., President or Vice-President of the Lower House or Senate) than when they are all only ordinary MPs.'

'All MPs have to work together on issues which are good for the Rwandan society as a whole, for all Rwandan citizens. In general, all MPs have the same ideas and points of view. If everyone wants good things for society, there is not much difference between the MPs.'

At the same time, there is limited scope and place for political debate within Rwandan parliament, and limited capacity to check and influence executive authority. Political scientists Gretchen Bauer and Hannah E. Britton addressed this point on page 23 of Women in African Parliaments, a 2006 work they edited. They wrote that the highly centralized power of Rwanda's executive also