GPS monitoring of suspects: Lessons from the US? 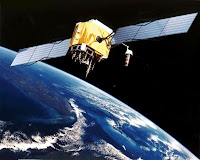 Surveillance is of critical importance in the investigation of serious and organized crime, in determining the extent and patterns of criminal behavior, and in the gathering of evidence to construct a case against a suspect; thus has it been described as one of the most important legal weapons deployed by the United States against Mafia groups and families. (p. 8).
As the relevant United Kingdom legislation – the Regulation of Investigatory Powers Act 2000 – provides, ‘surveillance’ includes monitoring, observing or listening to persons, their movements, conversations or their other activities or communications whether with a device or otherwise, and the recording of anything so monitored or observed.
While observation of suspects has long been a standard practice of law enforcement, technological advances facilitate more systematic and more invasive approaches. These are now are regulated more strictly (though not prohibited), largely because of the jurisprudence of the European Court of Human Rights on Article 8 of the European Convention on Human Rights. According to Article 8, everyone has the right to respect for his private and family life, his home and his correspondence, and any interference must be ‘in accordance with the law’ and ‘necessary in a democratic society in the interests of national security, public safety or the economic well-being of the country, for the prevention of disorder or crime, for the protection of health or morals, or for the protection of the rights and freedoms of others’.
So, though a person’s private life is deemed to be interfered with when security services systematically collect and retain data on him, this may be permissible and compliant with the European Convention if it is necessary for the prevention of disorder or crime.
The January 23 decision of the US Supreme Court in United States v Jones (2012) has brought one particular form of surveillance of suspected individuals to the fore in public debate – namely, the use of global positioning surveillance, or GPS.
GPS uses satellite technology to facilitate the remote monitoring or tracking of persons: this may be at one particular moment, or for a prolonged period of time. (credit for NASA drawing above of GPS satellite)
In the case under review, Antoine Jones, a nightclub owner in Washington DC, had been convicted of drugs offences. Much of the evidence had been gathered by a tracking device placed on his wife’s car and monitored for 28 days. The US Supreme Court ruled unanimously that tracking a criminal suspect by GPS requires a warrant, and to do otherwise would be unconstitutional. This is due to the Fourth Amendment to the US Constitution which guarantees “the right of the people to be secure in their persons, houses, papers, and effects, against unreasonable searches and seizures”.
Though all the Supreme Court justices agreed that the evidence was inadmissible, the Court diverged in terms of the appropriate mode of analysis:
► The majority judgment, written by Justice Antonin Scalia (in which Chief Justice John G. Roberts Jr. and Justices Anthony M. Kennedy, Clarence Thomas and Sonia Sotomayor joined), was predicated on the view that the installing of a GPS device was a trespass, and so this physical intrusion needed to be grounded on a warrant to comply with the Fourth Amendment. The Court’s focus on physical incursion is a reversion to a line of jurisprudence that was seen to be waning, and replaced by a notion of the Fourth Amendment as protecting a person’s “reasonable expectation of privacy” rather than focusing on the trespass as such. Thus, though the majority judgment ostensibly presents a favorable conclusion for those who advocate the limiting of state and police intrusion, and for those who seek robust safeguards for privacy, the analysis adopted is likely to facilitate more surveillance, for the reason that it focuses on the trespass involved, rather than the substance of the invasion and what this means for individual privacy and the nature of the relationship between the State and its citizens.
Essentially, according to the majority, if no trespass is involved, then the Fourth Amendment is not breached. This conceivably opens the door to the installation of tracking devices in all cars on manufacture and their use by police and other agents of the state without the safeguard of a warrant.
► Justice Samuel A. Alito Jr. (with whom Justices Ruth Bader Ginsburg, Stephen G. Breyer, and Elena Kagan joined) presented a concurring judgment that focused on the “reasonable expectation of privacy,” rather than on trespass. As Justice Alito noted, while the Court must preserve the degree of privacy against government that existed when the Fourth Amendment was adopted,

'[I]t is almost impossible to think of late-18th-century situations that are analogous to what took place in this case. (Is it possible to imagine a case in which a constable secreted himself somewhere in a coach and remained there for a period of time in order to monitor the movements of the coach’s owner?)'

Notwithstanding the problematic mode of analysis adopted by the majority of the US Supreme Court, at least for now a court order is required before a GPS monitor is attached to anyone’s vehicle by the police or other agents of the state.
This is not the case in the United Kingdom and Ireland, as I will discuss in a post tomorrow.
by Liz Campbell at 6:00 AM