Further to a prior post, it has been reported that the chief of the Sri Lankan Army, Lt. Gen. Jagath Jayasuriya (right, Wikipedia photo), has agreed to investigate potential war crimes committed during the final stages of the civil war with the Liberation Tigers of Tamil Eelam.  The plan appears to be for the appointment of a 5-member "Court of Inquiry" to conduct an initial investigation to be followed, if warranted, by a courts martial to hear war crimes charges.  Authority comes from the powers vested under Regulation 4 of the Courts of Inquiry Regulations and the Regulation 2 of the Army Disciplinary Regulations.
The announcement comes days after a U.S. delegation visited the country and weeks before Sri Lanka faced potential censure before the Human Rights Council for its failures of accountability.  The army, however, claims that it is merely responding to the recommendations of the Lessons Learnt and Reconciliation Commission (LLRC), an investigative panel formed by the government in response to international pressure. 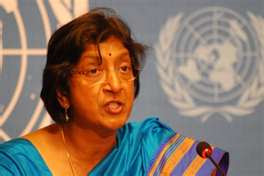 Human Rights Watch's Brad Adams, who directs the group's Asia bureau, is skeptical. Of obvious concern is that the announcement is a mere ploy to ward off action at the Council.  Moreover, the Court of Inquiry will be appointed by Jayasuriya, who commanded the security forces in the highly contested Wanni region toward the end of the war.  It will be headed by Major General Chrishantha De Silva, who commands the Security Forces in Killinochchi.

Also contributing to the government's volte face is no doubt the existence of harrowing cellphone video footage showing what appear to be government soldiers executing bound and naked prisoners.  The footage was obtained by Journalists for Democracy in Sri Lanka and was broadcast on Channel 4 in Britain. 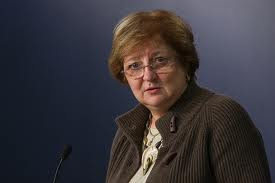 In other Sri Lankan news, Shavendra Silva, who commanded the 58th Division of the Sri Lankan Army and is Sri Lanka's Deputy Permanent Representative to the United Nations, had recently been nominated to serve on the U.N. Secretary-General's Senior Advisory Group on Peacekeeping Operations chaired by Canadian Louise Fréchette (right).  Human Rights Watch; the U.N. High Commissioner for Human Rights, Navi Pillay (above left), who is of Tamil descent; and others indicated "concern" over Silva's appointment to the Advisory Group.  Two plaintiffs have filed a lawsuit against Silva under the Alien Tort Statute and the Torture Victim Protection Act, alleging that loved ones had been the victims of torture and summary execution at the hands of troops under Silva's command during the civil war.  The case was dismissed last week on diplomatic immunity grounds (per 22 U.S.C. § 254d).  See Vathsala Devi and Seetharam Sivam v. Shavendra Silva, 2012 U.S. Dist. LEXIS 15840 (S.D.N.Y. February 8, 2012).  Attorneys in the case filed a motion for reconsideration with the court this past Wednesday.  On that day, Fréchette announced that Silva would not be joining the group.

The High Commission on Human Rights materials on Sri Lanka are available here.

[Hat tip to Elena Landriscina for the update!]
by Beth Van Schaack at 3:09 PM

I was very pleased to see a post from IntLawGrrls about Sri Lanka at this important time.

The individual recently selected for Secretary-General Ban Ki-moon's Special Advisory Group is Shavendra Silva, not Chrishantha De Silva. Shavendra Silva commanded the 58th Division of the Sri Lankan Army, and he is the defendant in the lawsuit brought under the Alien Tort Claims Act. Attorneys in the case filed a motion for reconsideration with the court this past Wednesday, which happened to be the same day that the Chair of the Special Advisory Group announced that, given the severe allegations of war crimes against him, Shavendra Silva was unfit to serve on the group. http://www.innercitypress.com/silva1asia022412.html