The International Criminal Law Interest Group for the American Society of International Law, chaired by Shahram Dana, Charles Jalloh, and IntLawGrrl Beth Van Schaack, and of which I, Margaret Zimmerman, am delighted to serve as Newsletter Editor, has released the Spring 2012 Issue of Accountability.  This issue of Accountability opens with a dedication to an individual who has shaped modern international criminal justice immensely and remains unmatched in its academic world. In tribute to Judge Antonio Cassese (below left), who passed away in October 2011, the first section of this issue reviews the world of international tribunals paying particular attention to the ICTY and the ICC. The second section of this issue turns towards the domestic trends of universal jurisdiction and jus cogens crimes in national courts. Judge Cassese spent a lifetime elevating the scholarship of international criminal law and this issue of Accountability serves to reflect the ongoing discussions of the field continued by the ASIL ICL Interest Group. 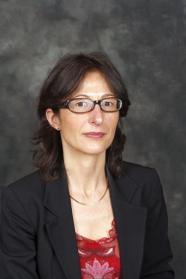 In his in memoriam piece, Jens David Ohlin outlines the accomplishments of Judge Cassese in his roles both as a practitioner and academic of the law. Ohlin provides us with a brief yet moving reflection on the contributions of Judge Cassese to the various tribunal benches on which he sat and landmark decisions in which he took part. Ohlin continues through Judge Cassese’s role with the ICC and its investigation in Darfur and ultimately he latest positions with the Special Tribunal for Lebanon.The latter half of Ohlin’s dedication notes only a few of Judge Cassese’s monumental publication sand the academic legacy he leaves behind.

In their articles, Gentian Zyberi and Joseph William Davids continue to explore the impact of the ICTY. In his piece which summarizes the ICTY Global Conference which took place in November 2011, Zyberi outlines the discussions amongst judges, organizations, and academics regarding both the substantive and procedural influence the ICTY leaves on international criminal justice. Davids explores more in-depth the issue of enforcement at the ICTY as regards contempt judgments. Specifically, Davids analyses the case of Ms. Florence Hartmann (right) and argues that the time and resources involved in contempt proceedings outweigh the benefits achieved from punishing contempt of court at the international level. Konstantinos Magliveras in the next article in this issue of Accountability reflects on the ICC's recent arrest of Saif Al-IslamGaddafi and presents the debate surrounding the proper jurisdiction, whether national or international, for his trial and accompanying questions regarding his extradition.

The impact of national jurisprudence in international criminal law is explored in the last three articles by Sylvia Maus, Stefan Kirchner and Nicolas Zambrana. A piece contributed by Sylvia Maus evaluates two recent Dutch Appellate Court decisions holding the Netherlands liable for the actions of a Dutch battalion leading to the loss of life in Srebenica despite generally being under control of the UN. These judgments respond to the unique situation when a government exercises increased control of a force that is generally under UN command. A look at recent national jurisprudence continues with Stefan Kirchner's review of an Administrative Law Court in Germany that determined the prison standards in Kenya should have precluded the extradition of Somali pirates through the application of prior European Court of Human Rights rulings. Finally, the last contribution to this issue provides a brief overview to a Spanish Supreme Court refusal to hear a universal jurisdiction case stemming from a theory of economic expansion against individuals within the Chinese government for alleged crimes in Tibet.

The legacy and contributions of Judge Antonio Cassese (left) will continue as international criminal law continues to evolve. The articles in this issue highlighting the achievements and jurisprudence of the international tribunals evidence this evolution. The pieces that review the decisions of national courts illustrate the pervasiveness of international criminal principles at the domestic level.  On behalf of the entire ASIL ICL Interest Group, I would like to thank all of the contributing authors for their efforts and furthering the framework of Accountability.

Check out the full issue here!!
by Margaret Zimmerman at 3:55 PM