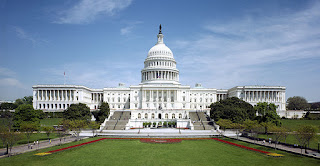 The Violence Against Women Act (VAWA) is up for reauthorization this year.
In this regard, I'd like to report on an initiative undertaken by several colleagues – in particular, Miami Law Professor Donna Coker, CUNY Law Professor Julie Goldscheid, Baltimore Law Professor Leigh Goodmark, Hawai'i-Manoa Sociology Professor Valli Kalei Kanuha, Suffolk Sociology Professor James Ptacek, and North Carolina Law Professor Deborah Weissman – and myself.
As academics who research, write about, and advocate on behalf of issues related to violence against women, we applaud much that is in the bill, and urge Congress to pass it.
We are concerned, however, that VAWA 2012, like its predecessors, focuses a significant amount of funding on criminal justice responses – and much less on economic and racial justice initiatives that would support efforts to stop domestic violence.
We have drafted a statement urging Congress to do more to address economic and racial inequalities that make poor women – particularly poor women of color, undocumented women, and Native American women, more vulnerable to intimate violence. We urge Congress to recognize that economic policies that result in widespread unemployment and downward mobility increase domestic violence. We further urge Congress to recognize that, as important as criminal remedies may be for some victims, a focus on criminal justice remedies will never be sufficient to empower women.(credit for photo of U.S. Capitol)
Many women who experience domestic violence do not want the current limited menu of criminal justice responses. We urge Congress, therefore, to consider and support programs that explore alternatives to the current criminal adjudication models, and that address the underlying causes of abuse.
by Caroline Bettinger-López at 7:00 AM