From our colleague Dr. Fernand de Varennes – currently a Visiting Professor at the Centre for Human Rights, Peking University Faculty of Law in Beijing, China, a Professeur chercheur at the Observatoire international des droits linguistiques, Université de Moncton, Canada, and Editor-in-Chief of the Asia-Pacific Journal on Human Rights – comes a call for papers to be presented at Language Rights, Inclusion, and the Prevention of Ethnic Conflicts, the 13th Conference of the International Academy of Linguistic Law, an interdisciplinary group established in 1984. The conference – for which the working languages will be French, English, and Thai– will be held in December 13 to 17, 2012, in Chiang Mai, Thailand. 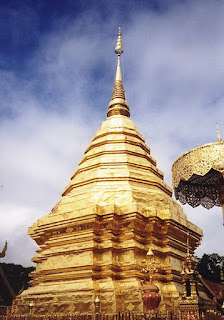 Most of the world’s conflicts since the end of the Second World War have been internal, often involving groups seeking independence, autonomy, or the defence of their rights. Language demands are frequently at the fore in many of these conflicts.
While language differences in themselves are not a cause of conflict, this conference proposes to explore whether the denial of language rights such as discrimination on the ground of language and the exclusion or disadvantage caused by State authorities through language preferences create rallying causes and lead to violent conflict. It will further explore how States have addressed these demands in a reasonable and proportionate way to ensure the successful social inclusion of minorities and indigenous peoples through the recognition of language rights which tackle the
underlying socio-economic disadvantages that can flare around inappropriate language preferences.

Papers should fit one of these themes:
► Language and Conflicts in Asia, with a focus (though not exclusive) on language dimensions
of conflicts in Tibet, Xinjiang, Southern Thailand, and Sri Lanka
► Language and Conflicts around the World
► Relationship between State Language Preferences and Causes of Violent Conflict
► Language Diversity, Liberalism and Democracy
► Language Rights and Autonomy as Conflict Prevention
► Social Inclusion and Language Rights
Abstracts of no more than 300 words, in French, English, or Thai, should be sent no later than April 27, 2012, to Dr. Fernand de Varennes at fdevarennes@gmail.com, with a copy to the International Academy on Language and Law at academy.inter@sympatico.ca.
Details on information required, and on the conference itself, here.
by Diane Marie Amann at 5:00 AM