A Bite of Apple: Policing Worker Rights in China 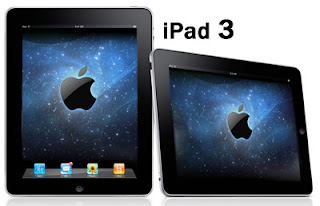 Your cherished iPad? It was made by a 13 year old Chinese factory worker who, for the ripe sum of $0.30 an hour, completed a 16-hour shift while inhaling the toxic fumes emanating from the tablets' component parts. At the end of her shift she retired to her dormitory bed, in a room shared with six to eight others, on the grounds of the factory where she worked an endless week -- thousands of miles from home. When she just could not take her life any longer, she climbed up on the roof of the factory's tallest building and leaped to her death. The factory responded by installing safety netting across the building, and it was back to business as usual.
That was the image Mike Daisey presented of life at Foxconn, a South Korean electronic manufacturing company, with factories throughout China, responsible for producing roughly 40 % of all consumer electronics products in the world. Foxconn manufactures Apple's iconic products, including the iPad. Daisey was an unknown artist, a self-described "storyteller whose groundbreaking monologues weave together autobiography, gonzo journalism, and unscripted performance to tell hilarious and heartbreaking stories that cut to the bone." Enter Ira Glass of This American Life, host of a weekly public radio show that uses the power of storytelling to provide social commentary on serious issues -- all with flair and a great sense of fun. Glass and Daisey were a perfect match. Daisey's one-man show caught Glass' attention, and in January This American Life broadcasted excerpts of Daisey's The Agony and The Ecstasy of Steve Jobs. The show added its voice to a chorus of bad publicity for Foxconn--and Apple--from CNN, Nightline and the New York Times, among others. All of a sudden, Apple faced the wrath of shareholders and consumers who expected more: great products and a great corporate citizen. The company responded with a statement:

We care about every worker in our worldwide supply chain. We insist that our suppliers provide safe working conditions, treat workers with dignity and respect, and use environmentally responsible manufacturing processes wherever Apple products are made. Our suppliers must live up to these requirements if they want to keep doing business with Apple.

More specifically, Apple affirmed its Supplier Code of Conduct, published a list of all its suppliers (the first time it has ever provided such information), and engaged the Fair Labor Association, an independent, nonprofit auditing company founded in 1999 by universities and other interested groups, to audit Foxconn's practices.
And that's where you might have expected the story to end, except last week This American Life offered a public retraction of Daisey's story and an apology for airing it without proper factchecking. What followed was a painful interview between Glass and Daisey reminiscent of Oprah's public scolding of James Frey, the author who penned a memoir that turned out to be largely fiction. But unlike Frey's book, Daisey's storytelling was largely true and implicitly corroborated by similar reports from numerous reputable sources, including other U.S. news outlets, and most importantly, Apple itself. Apple's own report details some of the abusive labor practices its suppliers have engaged in, ranging from failing to provide at least one day off for every 7 worked to hiring underage workers. Some of the suppliers were repeat offenders, but Apple has severed ties with only one. Moreover, a spokesman for China Labour Bulletin, a workers' rights organization, stated "workers at Foxconn were still subject to a list of poor working conditions, including long working hours, strict management that sometimes borders on abusive practice, and unsafe work practices in some factories." Despite all that, Foxconn has claimed This American Life's retraction as vindication of its practices (although it has graciously agreed not to sue the producers).
Once again, we get lost in the non-story. 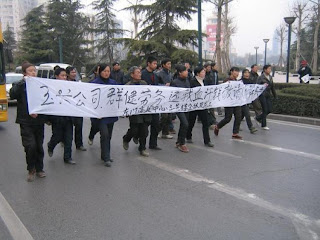 The question is not whether Mike Daisey embellished on some of his experiences with Chinese workers at Foxconn. For me, the true question is whether Apple is doing enough to ensure the products we buy to the tune of trillions of dollars are produced with a modicum of respect for the dignity of the worker . . . and the human being. Apple's Supplier Code of Conduct of and its auditing strategy are a good first start, providing much needed transparency and leadership -- although not without some criticism. But what are the remedies for compliance failures?
Ultimately, Apple can use the "big stick" of severing ties with a willfully deficient supplier, but it is not a remedy used with any great frequency. Perhaps Apple needs to consider using the basic rules of commercial law. To the extent iPads are produced in ways that violate Apple's Supplier Code of Conduct, and to the extent these conduct rules are incorporated in the Apple-supplier contracts, these goods are "non conforming" in the legal sense of the word. Non conforming goods are those goods that fail to meet the specifications laid out in the contract. Article 49 of the United Nations Convention on the International Sale of Goods (CISG), as well as the Uniform Commercial Code, authorizes a buyer to reject the goods where the "the failure by the seller to perform any of his obligations under the contract or [the CISG] amounts to a fundamental breach of contract." It might send quite a message to Apple suppliers everywhere if the massively influential company were to reject just one shipment of goods as non conforming. It likely would be the incentive companies like Foxconn need to adhere to basic workers rights norms.
That would be quite a story.
by Marjorie Florestal at 4:01 AM