The Faculty of Law and Quebec Research Centre of Private and Comparative Law at McGill University in Montreal, Canada, welcome proposals for papers and sessions to be presented at a conference entitled Stateless Law? The Future of the Discipline, to be held at McGill on September 28 and 29, 2012.
Organizers write of the conference, for which the working languages will be French and English:

'This event will aim to foster a debate that critically assesses the latest developments in legal thought and innovative approaches to law, in the light of the challenge of globalization and the move away from a national paradigm for understanding law. It will also ask the question of how to integrate the insights so gained into the teaching of law. The concern is with law in all its dimensions: public and private, local and transnational, formal and informal. By being forced to abandon, at least in part, the posited law of the nation state as their lode star, legal education and legal scholarship have been presented with an opportunity to break the mould of centuries of legal

nationalism: an opportunity that encourages new, transdisciplinary and transnational ways of thinking about law. In short, the goal is to re-assess and to re-imagine the discipline of law, its place in the university, and its role in society.'

Themes to be covered include: 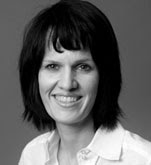 ► How do globalization and legal pluralism affect our understanding of law, legal education or both?
► In its interaction with other disciplines, how does law preserve its disciplinary identity? Can a renewed understanding of particular fields of law shed light on our evolving understanding of the discipline?
► How is the teaching and research of basic private law-contracts, civil wrongs, property, the law of persons-affected by the increasingly transnational and transdisciplinary focus of legal scholarship?
Already confirmed as speakers are IntLawGrrls contributor Mireille Delmas-Marty (Collège de France) (top right), along with John Gardner (Oxford), Ernest Weinrib (Toronto), and Annelise Riles (Cornell) (lower right).
Deadline to submit proposals is April 16th, 2012. How-to and other details, as well as the French version of this call, are available here.
by Diane Marie Amann at 5:00 AM