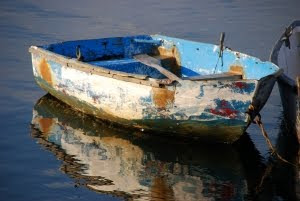 (This is part one of a two-part series on the European Court of Human Rights' decision in the Hirsi v. Italy case. Part two is here.)
Three weeks ago today, the European Court of Human Rights (ECtHR) issued its much-anticipated decision in the Hirsi v. Italy case. The question at issue -- whether human rights law requires states to uphold their non-refoulement obligations on the high seas -- has been hotly contested for years. The opinion also has implications for the extraterritorial applicability of human rights law beyond the principle of non-refoulement.
In 1993, in the Sale v. Haitian Centers Council case, the U.S. Supreme Court decided that the UN Refugee Convention did not oblige U.S. officials to process asylum claims from Haitians intercepted in international waters before returning them to Haiti. In Hirsi, the ECtHR came to the opposite conclusion about the applicability of the non-refoulement principle found in Article 3 of the European Convention on Human Rights to Italy's interception of migrants coming from Libya. Though the acts that gave rise to the claim occurred two years before the Arab Spring, the ECtHR's decision will impact legal responses to North Africans subject to subsequent "push-back" operations in the Mediterranean.
The case was filed by eleven Somalis and thirteen Eritreans who fled Libya by boat, and were intercepted at sea (in Maltese waters) by the Italian authorities in May of 2009. The Italian ships returned the applicants and the other occupants of the boats to Tripoli without an opportunity to present any claims for protection (though they objected to being returned to Libya). This "push-back" operation occurred pursuant to bilateral treaties between Libya and Italy aimed at reducing irregular migration and discouraging people smuggling and trafficking.
The claim focused on four provisions of the European Convention on Human Rights: Article 1, relating to the extraterritorial application of the convention; Article 3, extending the principle of non-refoulement to those at risk of torture; and Article 13, setting forth procedural requirements for accessing an effective remedy. Perhaps most importantly, the ECtHR decided a question of first impression -- the applicability of Protocol 4, Article 4, prohibiting the collective expulsion of aliens, to removals occurring outside the territory of the state party.
Today's post discusses the first two grounds; tomorrow's post will discuss the second two.

Article 1: Extraterritorial application of the Convention
The Italian government's argument in their defense was that their ships were rescuing persons in distress on the high seas in accordance with their obligations under the UN Convention on the Law of the Sea. As a result, Italy claimed that jurisdiction was not established and the European Convention on Human Rights did not apply to their actions.
The ECtHR cautiously rejected this argument. It noted that jurisdiction under Article 1 is territorially-based, and that extraterritorial acts constitute an exercise of jurisdiction only exceptionally. The court framed the question as one of control and authority that must be determined on a case-by-case basis, with respect to particular facts.
Turning to the case at hand, the ECtHR determined that the facts create jurisdiction because both the law of the sea and Italian national law consider a vessel on the high seas to be subject to the exclusive jurisdiction of the State whose flag it flies. The Italian ships that intercepted the migrants were military ships that had de jure and de facto control over the migrants. As a result, the European Convention's jurisdiction was triggered in this case.

Article 3: Non-refoulement to torture
With respect to the Article 3 claim, namely that the migrants risked torture in Libya as well as being refouled to torture in their home countries, Italy argued that Libya was a safe host country because it had ratified several human rights conventions (the International Covenant on Civil and Political Rights, the UN Convention Against Torture, the African Union's Refugee Convention) and because it was a member of the International Organization for Migration. Though the UN High Commissioner for Refugees had an office in Tripoli, Libya was not a party to the UN Refugee Convention.
The ECtHR made quick work of this "rights on paper" argument. Though the court recognized member states' right to control entry, residence, and expulsion of aliens, as well as the specific pressures on the external borders of the European Union, especially during episodes of mass migration, it found that these interests do not absolve the state of its obligations under Article 3. In other words, the European Convention prevents even states faced with mass influx from removing a migrant who would run a real risk of being subject to torture.
Turning to the specifics of the case at hand, the ECtHR relied on numerous human rights reports to find that the treatment of migrants in Libya at the time exposed migrants to the risk of torture. Moreover, the Italian government's obligations under the European Convention required them to be aware of the conditions in Libya and the risk of arbitrary return to Eritrea and Somalia; it couldn't avoid its duties by relying on its bilateral agreements with Libya or claiming it was unaware of the risk of torture.

(photo credit)
by Jaya Ramji-Nogales at 6:16 AM