In recent years, the differing and overlapping experiences of men and women in situations of armed conflict have garnered significant international attention. Such attention results from the confluence of multiple factors including greater visibility of the violations experienced by women in times of war; the increasing reliance by UN member states on gendered violations as a basis for justifying multi-national humanitarian interventions; and greater exposure of the broader social, economic and cultural effects on women of inter-state and intra-state armed conflict.

A new book, Sexual Violence in Conflict Zones: From the Ancient World to the Era of Human Rights, provides an impressive historical perspective on these issues. Written almost exclusively by historians, the 14 essays survey an outstanding array of sites, ranging from ancient Greece to medieval England, from the American Revolution and pre-colonial warfare in Tanzania to the Bangladeshi war, from ancient warfare to World War II. A final essay, by the late Rhonda Copelon, addresses how far legal approaches to sexual violence have come—and how much farther they need to go (a wonderful memorial of her and her work). The book grew out of a conference in April 2006 held at the University of Iowa Center for Human Rights titled “The History of Sexual Violence in Conflict Zones” and co-organized by Elizabeth Heineman (pictured below), the editor of this collection of essays. It is organized topically, rather than chronologically or regionally. 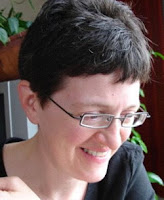 The essays are all rooted in a minute accounting of the site-specific historical record, frequently presenting rarely accessed sources and demonstrating methodological sensitivity to uncovering the presence and absence of women from the records and narratives of conflict. In a number of essays (e.g. Barber & Ritter, Gaca & Curry) the authors analyze the contextual, political and social factors making the type of sexual violence experienced in conflict zones more or less likely. Almost without exception, the essays illuminate the persistence of trauma for women and the devastation wrought on their social and familial status. The book’s primary contribution is to reveal in a comparative and detailed manner the specificity and historical pedigree of violence against women in war. As a number of authors rightly note, while there has been increased contemporary attention to the violence experienced by women in wartime, attention to the historical record of gender-based violence has generally been limited. In connecting to the historical experiences of women in war, primarily as victims, we gain a deeper understanding of the patterns and variances in sexual violence, understanding its deep hold on the presumptions of normality for combatants, and grapple with the difficulties of undoing the masculinities that give rise to the behavioral norms in the first place. By exploring the historical and jurisdiction- specific nuance, contemporary writers, including ourselves, gain a better understanding of the commonality of victims’ experiences, perpetrator motivations, the relationship between wartime and peacetime sexual violence. Taken together, the chapters support and explain the contemporary feminist human rights moment.
To read more, please see our related review forthcoming in Human Rights Quarterly, May 2012.
by Naomi Cahn + Dina Haynes + Fionnuala Ni Aolain at 6:30 AM