The Right to Food, Obesity and Food Systems 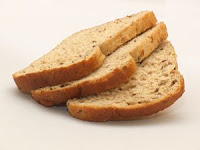 On Tuesday, the Special Rapporteur on the Right to Food, Olivier De Schutter, presented to the United Nations Human Rights Council a groundbreaking report in which he uses the right to food to address issues of obesity and non-communicable diseases. Traditionally, the focus of the right to food's adequacy dimension has been on hunger and malnutrition, and this has been applied to programming and advocacy to address famines, to increase agricultural productivity, and to dispute agricultural trade agreements.
In his March 6, 2012 report, De Schutter unveils what he describes as the “triple challenge.” He identifies three problems caused by current food systems: (1) food systems are directed only at increasing agricultural productivity but not sustainability; (2) inadequate diets cause undernutrition and micronutrient deficiency; and (3) inadequate diets cause obesity and non-communicable disease. In this report, De Schutter links these three challenges to the adequacy element of the right to food and calls for a massive reform of the current food system to address them.International law recognizes the right to food in several instruments.
The right to food was first articulated in Article 25 of the Universal Declaration of Human Rights (UDHR), which states that:

[e]veryone has the right to a standard of living adequate for the health and well-being of himself and of his family, including food …

The International Convention on Economic, Social and Cultural Rights (ICESCR) reiterates this right in Article 11, which also recognizes the right of everyone to be free from hunger.
In General Comment 12, the Committee on Economic, Social and Cultural Rights (CESCR)defines the elements of the right to food as availability, accessibility, and adequacy. Adequate food means food in quality and quantity that is (1) sufficient to satisfy dietary needs, (b) both consumer and culturally acceptable, and (3) available both for present and future generations. Therefore, the adequacy dimension of the right to food incorporates issues of food production sustainability as well as dietary considerations.

The Special Rapporteur addresses precisely this nexus of adequate diets and food sustainability in his recent report. Based upon ICESCR Article 11 and CESCR General Comment 12, De Schutter writes that the right to food is:

The right to have regular, permanent and unrestricted access, either directly or by means of financial purchases, to quantitatively and qualitatively adequate and sufficient food corresponding to the cultural traditions of the people to which the consumer belongs, and which ensure a physical and mental, individual and collective, fulfilling and dignified life free of fear.

He further describes state obligations to fulfill the adequacy dimension of food:

The Special Rapporteur's report is radical, both because it is the first to link human rights, food, and obesity, and because its approach to inadequate diets and non-communicable diseases is far more expansive than that of current INGOs addressing these issues. For example, the World Health Organization’s program on obesity and non-communicable diseases frames diets and physical activity as a physical public health priority. De Schutter explicitly states that malnutrition and obesity cannot be addressed solely from a public health perspective. His call to action requires a complete food system reform.
The Special Rapporteur has been active over the past few years researching the effects of food chains, agroecology, and agribusiness on the realization of the right to food. Based on this research, De Schutter links for the first time food systems with dietary consumption and obesity. He notes that,

We have created obesogenic environments and developed food systems that often work against, rather than facilitate, making healthier choices. The transformation of agrifood systems plays a major part in this trend.

The Special Rapporteur concludes that states should (1) protect the right to an adequate diet, including healthy food choices, and (2) ensure a transition to more sustainable food systems by implementing policies and laws that will reform the current food system to one that protects and realizes the right to food.
DeSchutter examines several exemplary measures states could utilize to promote and protect adequate diets. He suggests taxing unhealthy food products, reforming agricultural subsidies, and regulating market practices. The Special Rapporteur recommends that states tax soft drinks and foods high in saturated fats, trans-fatty acids, sodium and sugar, and utilize the revenue to either subsidize healthy foods or to promote healthy diets.
On the issue of agricultural subsidies, De Schutter is brief. He states that subsidies are often biased in favor of large grain producers and this has possible negative externalities on public health and the environment. The Special Rapporteur simply recommends a re-examination of agricultural subsidies with consideration for adequate diets.
He also discusses regulatory measures for breast milk and marketing unhealthy foods to children. This report is particularly timely for the United States, which is currently revising and reauthorizing the 2012 U.S. Farm Bill which addresses many of the issues outlined by the Special Rapporteur.
This report blazes new trails in considering both hunger and obesity as the result inadequate diets, calling for massive food system reforms to realize the right to food, and addressing head-on the contentious issues of agricultural subsidies and trade issues to realize the right to food.
(photo credit)
by Angela Duger at 6:30 AM