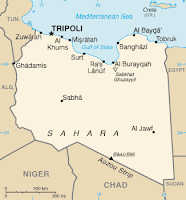 esterday, the Council of Europe Parliamentary Assembly’s Committee on Migration, Refugees and Displaced Persons released “Lives lost in the Mediterranean Sea: who is responsible?,” a report commissioned following press coverage of the large number of migrants lost at sea during the Libyan conflict (Prior IntLawGrrls posts on this issue here). In particular, the report was motivated by and focused on an incident in which the majority of those on a boat fleeing Libya died although their boat was known to a variety of commercial and military officials from several states to be in distress.
The details of the ordeal endured by those on the boat – only 9 out of 72 passengers remain alive – are harrowing. Ushered by human smugglers into the overcrowded dingy on which they were to travel to Italy, the passengers quickly found themselves off course and without adequate food or water supplies. Distress calls went out to a priest who served as a contact in Italy. These calls were relayed to the Italian maritime authorities on several occasions, however through a calamity of errors the boat could not be located. The boat was, for the majority of its time at sea, technically within the Search and Rescue (SAR) zone boundaries of Libya, however that state was unable to carry out the traditional functions ascribed to it under maritime law due to internal conflict. During an approximately 2-week period, the boat was observed by military helicopters – one of which provided some food and water – and several commercial and military vessels. Outside of the helicopter-based provisions no assistance was rendered to the passengers on the boat. Eventually, the currents drove the boat back to Libya, where the survivors were briefly held in custody.
The details of this ordeal are heartbreaking, perhaps even more so because it seems that there were so many points at which the calamity could have been avoided if adequate assistance had been rendered. The ordeal also raises many legal issues , as the report indicates. The report focuses on the legal obligations of commercial and military vessels to render assistance to vessels in distress, the legal obligations of states to render assistance to vessels in distress, and state responsibility where there is knowledge of a vessel in distress and of the inability of the state that is technically responsible for search and rescue to respond to the needs of the vessel. All of these issues are important and raise the specter of an area of law that needs to be addressed.
However, the report does not examine the implications of the finding that the state was unable to comply with its search and rescue requirements, leaving those in its SAR zone technically without state protection. In essence, this means that, when a state is unable to meet its responsibilities due to internal conflict or presumably for any other reason, those operating vessels within the SAR zone are operating in a zone of statelessness. Certainly there is justification for the report’s focus on the failures of notified states and NATO in the particular incident under review. What the report also shows is a very weak area of legal protection for those in stateless SAR zones. This is an area of international law that needs to be further clarified in order to prevent future tragedies as well as to clarify the legal obligations of states and international organizations in these situations.
by Alexandra Harrington at 10:00 AM