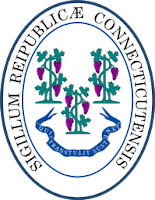 'As a young man, I was a death penalty supporter. Then I spent years as a prosecutor and pursued dangerous felons in court, including murderers. In the trenches of a criminal courtroom, I learned firsthand that our system of justice is very imperfect. While it’s a good system designed with the highest ideals of our democratic society in mind, like most of human experience, it is subject to the fallibility of those who participate in it. I saw people who were poorly served by their counsel. I saw people wrongly accused or mistakenly identified. I saw discrimination. In bearing witness to those things, I came to believe that doing away with the death penalty was the only way to ensure it would not be unfairly imposed.'


-- Governor Dannel P. Malloy today, in the statement issued as he signed the law by which Connecticut abolished capital punishment and thus made life imprisonment without parole the most severe punishment that may be levied in the state. (image credit) The District of Columbia and 16 other states also are abolitionist; as posted, in at least one other, Oregon, there is a moratorium on the death penalty.
by Diane Marie Amann at 8:12 PM