Atala v. Chile, delivered by the Inter-American Court (left) on February 24, concerned the decision of the Chilean Supreme Court to strip Karen Atala of custody of her three daughters because she had begun a relationship with another woman. It was the first sexual orientation discrimination case ever heard by the Inter-American Court, which found that Chile had violated Atala’s rights to privacy, family, and non-discrimination under the American Convention on Human Rights. The Chilean Supreme Court had relied on stereotypes and prejudice in depriving Atala of custody and had expressed concerns about eventual social discrimination against children and the possibility of confusion of gender roles.
Gas & Dubois v. France, delivered by the European Court on March 15, concerned a challenge to that country’s law restricting second parent adoption to married couples, which were necessarily opposite sex.
Valérie Gas and Nathalie Dubois were “PACSed” under the French system of relationship recognition for both same-sex and opposite-sex couples (pacte civil de solidarité), and Dubois had given birth to a daughter conceived in Belgium via assisted reproductive technology.

The European Court (right) has a long history of solid advances in the recognition of LGBT human rights. In Dudgeon v. United Kingdom in 1981, years ahead of the UN Human Rights Committee, it found Northern Ireland’s sodomy laws violated the right to privacy. In 1999, Salgeuiro da Silva Mouta v. Portugal, it held that sexual orientation was “undoubtedly” covered by the non-discrimination guarantee of the European Convention. In 2002, in Goodwin v. United Kingdom, it held that the failure to give legal recognition for a change of gender identity was also a violation of the right to privacy. In 2010, in Schalk & Kopf v. Austria, it ruled that the relationship of a same-sex couple constituted “family life,” just as it would for an opposite-sex couple.
In the case of Gas & Dubois, however, the European Court held that the denial of second-parent adoption was not a violation of either the right to be free from discrimination (Article 8 of the European Convention) or the right to private and family life (Article 14). French courts had denied the application for adoption because, despite Dubois’ express consent, Gas’s adoption of their child would have deprived Dubois of all her parental rights. Under French law, only the married (and therefore opposite-sex) spouse of a parent could adopt without terminating the biological parent’s rights. (Article 365 Code civil) This exception for step-parent adoption did not apply to same-sex or opposite-sex couples who were PACSed.
Although the Court reiterated that differences based on sexual orientation could only be justified by particularly serious reasons, it also noted that its jurisprudence did not require Council of Europe member states to open marriage to same-sex couples.
Where states chose to offer another form of legal recognition to same-sex couples, they had a “margin of appreciation” to decide the exact status of that recognition. The fact that there was a different set of adoption rules for married couples and that Gas and Dubois could not enter into a marriage in France did not mean that they had suffered discrimination. They were simply not equivalent to a married couple for purposes of comparison.
Although the European Court is obviously stepping timidly around the issue of marriage, it has in the past extended economic benefits to unmarried same-sex partners where those benefits were also available to unmarried opposite-sex partners. (Karner v. Austria (2003), Kozak v. Poland (2009), Schalk & Kopf v. Austria). It has also found that sexual orientation should not be a barrier to custody of a biological child (Salgueiro) or adoption by an individual (E.B. v. France (2009) (prior IntLawGrrls post)).
Why would the confluence of these two lines of cases not result in the finding of a violation in Gas & Dubois?
After all, American courts first granted second-parent adoption to lesbian partners in 1993, long before domestic partnership laws were enacted in most U.S. states. See In re adoption of B.L.V.B., 160 Vt. 368 (Supreme Court of Vermont 1993); Adoption of Tammy, 619 N.E.2d 315 (Supreme Judicial Court of Massachusetts 1993); In re Adoption of a Child by J.M.G., 632 A.2d 550 (New Jersey Ch. Div. 1993).
At least part of the answer lies in European social attitudes towards “rainbow families.”
European states are notoriously wary of granting same-sex couples parental rights. Nordic states began enacting registered partnership or civil union laws in the late 1980s and early 1990s. The PACs was introduced in France in 1999. Except for Sweden (1994) and the United Kingdom (2005), all these forms of partnership recognition were divorced from any parenting rights.
Even when some states adopted marriage equality laws, such as the Netherlands, Belgium and Portugal, married same-sex couples were still initially barred from adoption. It is not that same-sex couples in Europe don’t raise children. It is just that they do so without any legal protection for the relationship between the non-biological parent and the child. In Gas & Dubois, the European Court revealed that opposite-sex parenting as a normative ideal is deeply embedded in how it thinks about families.
In one sense, Atala is the direct successor of Salgeuiro, decided by the European Court in 1999. There the Strasbourg court had found that a decision by the Lisbon Court of Appeal removing a child from her father’s custody because he was living with another man was a violation of the father’s privacy and non-discrimination rights. References to Salgueiro da Silva Mouta and other European Court cases run throughout the Atala opinion.
But in another sense, Atala goes several steps beyond its predecessor.
The Inter-American Court is not simply reproducing the reasoning of the European Court from 1999. Rather, the Inter-American Court criticized the Chilean Supreme Court’s emphasis on the right of children to grow up in a “normal and traditional family.” The American Convention, the Inter-American Court pointed out, did not protect any single form of family. To the contrary, family life was not confined to marriage and included other relationships where parties lived together outside marriage. Chile’s use of “traditional family” reflected a limited and stereotyped notion of family that was not based in the Convention. 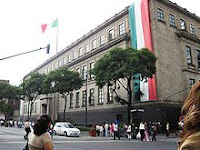 The Atala Court also cited a wide variety of cases outside of the European context, including Acción de Inconstitucionalidad 2/2010, a decision from the Supreme Court of Mexico (left) upholding a law enacted by the Federal District that granted same-sex couples both the right to marry and the right to jointly adopt children. There the Court held that the constitutional protection of the family meant that the law had to protect families as a social reality, not as some ideal model. The Court also rejected the argument that children adopted by couples of the same sex would face social discrimination and thus such adoptions would be contrary to their best interest. The Court emphasized that

'in a democratic state based on the rule of law, the legislator must seek the elimination of all different forms of discrimination and intolerance existing in society, which can only be obtained through the recognition and protection of all types of families that exist and not through their exclusion or denial.'

Thus Atala is not only more promising about the future of same-sex parenting in the Americas, it also illuminates a very different path.
by Alli Jernow at 7:00 AM