(Pleased to welcome this post in which IntLawGrrls contributor Leila Nadya Sadat excerpts the talk she delivered March 28 at the annual meeting of the American Society of International Law, as discussant to the Grotius Lecture by Jakob Kellenberger, President of the International Committee of the Red Cross. Video here. The lecture and the full version of Leila's comments will be published in the 2012 ASIL Proceedings and in the American University International Law Review.) 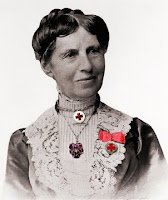 e of states’ failure of to take up codification of crimes against humanity, a group of distinguished experts working under the auspices of the Harris Institute at Washington University recently drafted a proposed international convention for the prevention and punishment of crimes against humanity. (logo credit) But no state has yet taken up the challenge of spearheading an effort to get such a convention adopted.
A second important gap in international humanitarian law is the absence of an effective prohibition against the crime of aggression. (Prior IntLawGrrls posts)
In A Memory of Solferino (1862), Henry Dunant wrote of the terrible suffering of soldiers, which was a catalyst for the ICRC’s founding in Geneva. For that great battle of 1859 between Austria, on the one hand, and France and Sardinia, on the other, left 6,000 soldiers dead, with another 30,000 wounded, who were suffering from the most appalling injuries. Crimes against humanity protect civilian populations from the depredations of war or other widespread or systematic human rights abuses; but it is the crime of aggression that protects combatants, who may otherwise be made the lawful target of military operations. While the laws of war endeavor to protect them from unnecessary suffering, they cannot save them from death. Think of the chilling example, given by Judge Stephen Schwebel in the Nuclear Weapons Advisory Opinion (International Court of Justice 1995), that a lawful use of a nuclear weapon would include targeting – and thereby incinerating – an army in a desert. Less dramatically, the recent incident between North and South Korea resulted in the death of 46 sailors. 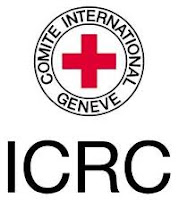 The ICRC, of course, is bound by its mandates of confidentiality and neutrality not to take sides, and labeling a particular use of force “unlawful” inevitably results in a legal assessment that one side (at least) was improper in its resort to violence. So perhaps it is preferable, in the imperfect world in which we live, to focus upon making conflicts more humane and civilized rather than attempting to distinguish between lawful and unlawful uses of force.
Certainly, Clara Barton thought so.

A passionate advocate for the ratification of the Geneva Convention of 1864 by the United States, Barton (top left) wrote in an address she gave just after the United States ratified the treaty in 1882, that the international convention at Geneva had considered two problems -- the existence of war and the vast amount of needless cruelty it inflicted upon its victims. The former problem, she wrote, could hardly be mitigated other than by

The latter, however, could be and was undertaken in 1864, and the establishment of the Geneva Convention and the ICRC was the result. [Prior posts on Barton, an IntLawGrrls foremother.] (credit for 1902 photo of her)
It is true that unlike the codification of crimes against humanity or war crimes, the codification of the crime of aggression comes closer to outlawing violence altogether, rather than simply mitigating its more pernicious forms. Yet in a post-Hiroshima age, there is perhaps more urgency in addressing not only the byproducts of war, but war itself. This burden must perhaps be taken up by other entities than the ICRC; but it represents a great unfinished work of humanity.
Finally, given the venue of today’s lecture, it is perhaps appropriate to comment upon one additional aspect of today’s Grotius Lecture, and that is the role of major powers such as the United States in complying with their obligations under international humanitarian law.
As we learn from Clara Barton’s writings in 1898, the entry of the United States into the Geneva Convention of 1864 was not easily accomplished. President James A. Garfield supported the treaty, but noted the difficulties of convincing the Senate to do the same. Clara was not a well woman, and yet she committed herself to bringing the United States on board, so passionately did she believe in the principles of Geneva. She advocated for the treaty before Congress and finally, in 1882, the United States acceded to the treaty, making it the 32nd country to do so.
Perhaps it is comforting to know that what seems to be a phenomenon of modern politics and resistance to international law in the United States is instead a venerable American tradition -- and that plus ça change, plus ça reste pareil (the more things change, the more they stay the same). But just as the impassioned advocacy and dedication of Miss Clara Barton helped to convince a reluctant Congress of the importance of the 1864 Convention, I am sure that the eloquent remarks of Dr. Kellenberger before this important gathering of international lawyers will be of great effect.
But vision alone is not enough. 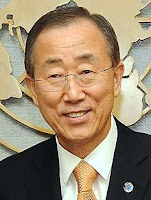 Just last December, UN Secretary-General Ban Ki-moon (right) spoke at a reception hosted by the Coalition for the International Criminal Court in honor of the ICC and quipped,


'At the United Nations, we don’t believe in miracles, but in hard work. But sometimes small miracles occur.'

The same could be said by and about the ICRC, for whose tireless and quiet work on behalf of humanity we must indeed be most grateful.
by Leila Nadya Sadat at 6:00 AM