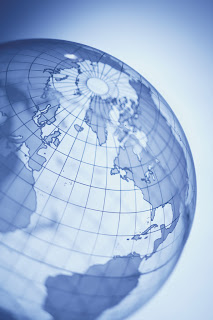 I just returned from a conference entitled "Gendering Conflict and Post-Conflict Terrains: New Challenges and Opportunities," which was organized by the University of Minnesota Law School with the Transitional Justice Institute (TJI), Belfast.  Fellow Intlawgrrls, Naomi Cahn (George Washington University Law School), Dina Haynes (New England Law), and Fionnuala Ní Aoláin (University of Minnesota and TJI), organized this fantastic conference with the support of ASIL and the Robina Foundation.  The full list of participants (including a number of intlawgrrls bloggers) is here.

The conference brought together approximately thirty participants from around the world to discuss emerging issues for women in conflict and post-conflict contexts.  The conference opened with remarks from Zohra Rasekh, an elected member of the Committee on the Elimination of all forms of Discrimination Against Women (CEDAW), who discussed the CEDAW Committee's 2010 decision to adopt a general recommendation on women's human rights in conflict and post-conflict settings.  The concept note for the general recommendation is available here.

The opening discussion on CEDAW's general recommendation was followed by a number of fascinating presentations, including the value of indicators in measuring women's experiences of harm, the effectiveness of U.N. Security Council Resolution 1325 and the National Action Plans that the resolution inspired, the importance of and difficulty in collecting meaningful data on sexual violence in armed conflict, the significance of reparations in the lives of women victims of violence, the limitations of equating women with victims and the corresponding failure to fully explore the role of women as perpetrators and men as victims of armed conflict, the significance of women's representation at the negotiating table, gendered harms and the law of occupation, and the intersection of culture, poverty, and religion and women's rights in armed conflict. 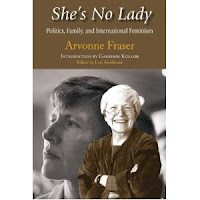 The two-day event also included a poignant and inspiring tribute to Arvonne Fraser, a leading women's rights activist for decades and author of the autobiography, "She's No Lady: Politics, Family and International Feminism."  (Listen to her discuss her life and memoir on Minnesota Public Radio here). In addition to being a wonderful mentor and friend to me and many others, Arvonne has dedicated her life to improving women's status around the world.  She was the founder and co-Director of the International Women's Rights Action Watch and served as U.S. ambassador to the United Nations Commission on the Status of Women.  She continues to inspire us all.
by Johanna E. Bond at 2:00 AM